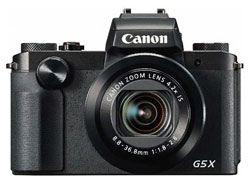 Canon describes the PowerShot G5 X as ‘ideal for serious enthusiasts wanting professional levels of DSLR-like control and quality’, while the more pocket-friendly PowerShot G9 X ‘is perfect for those who want to unleash their creativity with a premium, pocket sized camera capable of capturing spontaneous moments.’

The PowerShot G5 X sports an EVF while the G9 X relies on a vari-angle flip-out touchscreen for composing shots.

On both models, the Lens Control Ring can be quickly assigned to control various photographic functions including aperture and shutter speed. 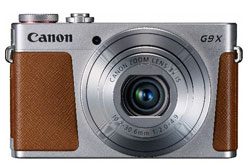 Both cameras shoot in ‘Manual Movie’ mode at Full HD and 60p, with full control over aperture, shutter speed and ISO. They also feature a 5-axis image stabilisation system.

‘In addition, for those after even greater levels of control, you can achieve perfect focus with manual focus peaking, create cinematic focus pulls via the touchscreen and tailor your video with variable frame rates,’ the press release explains.

Remote shooting via Wi-Fi enables full manual control of the camera’s key functions from a smart device. Built in Wi-Fi and Dynamic NFC connectivity makes it easy to transfer photos and movies to a smart device and share directly with social networks or cloud services like Google Drive straight from the camera.