The move to impose GST on intangibles – software, movie downloads, etc – from overseas seems set to be included in the Budget announcements next week, with firmer signals that this may be extended to privately imported products as well at some time in the future. 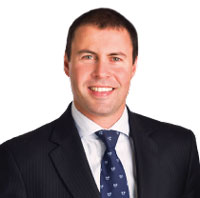 According to a Fairfax report, the government’s expenditure review committee has been told that all the change requires is a slight redrafting of the Tax Act.

Based on a 2012 review by Nick Greiner and John Brumby lost revenue on software downloads, e-books and other intangibles is currently running at over $1 billion per year.

As reported in PhotoCounter previously, the obstruction is Western Australian treasurer Mike Nahan, who this week re-iterated that he would not consider the proposal until the Commonwealth changed the formula by which it distributed the GST revenue between the states.

Other state treasurers, as well as the Opposition seem to be on board, with Chris Bowen last week criticising the government for ‘turning its back on Australian retailers’ by failing to impose the GST on overseas online retailers.