John Wallace, former owner of Foto Riesel in Sydney and a 20-year veteran of the photo industry, had one key message to fellow retailers as he prepares, reluctantly, to move on – mirrorless cameras are the future. 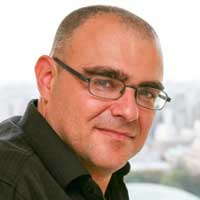 Speaking to Photo Counter this week following the announcement that liquidators BRI Ferrier had sold his former business to Digital Camera Warehouse, he said, ‘it’s crazy to believe the manufacturers’ line that there’s still a future for big DSLRs.

‘Mirrorless, Micro Four Thirds, is definitely the future. We were selling three to one, four to one. The days of the clunky DSLR are definitely numbered.’

He said specialist retailers need to get on board the mirrorless bandwagon if they wanted to survive, adding, ‘it will be very interesting to watch future of Canon and Nikon’.

‘We’ve had pros buying A7 kits. They just don’t want to lug these things [DSLR cameras and lenses] around anymore.’

He didn’t see online competition from suppliers as a major threat, noting that the most aggressive of the supplier/competitors, Canon, didn’t offer online prices which should trouble local retailers.

‘Canon has every right to sell direct,’ he said. ‘But if they ever go for the print on demand market, [offering photographic printing services] that will be a worry.’

He said the main concern retailers had with Canon operating in the retail segment was ‘garnishing the contact details of our customers’.

A more immediate, perhaps existential threat was the combination of the grey market and local supplier’s often poor inventory of key accessories.

‘I didn’t get the feeling any local suppliers were keeping good inventory in accessories such as battery, chargers. So why wouldn’t you go to B&H?’

If local retailers don’t have access to critical accessories they stop being the ‘go-to store’ for things photographic, he said, and if consumers go to the grey market once, ‘they will do it every time.’

He praised Camera House management for their support of Foto Riesel through its financial struggle. ‘Paul Shearer and the Camera House board are not given credit for their innovation and forward thinking, but they are smart guys.’

He said that although Foto Riesel was trading well in 2014, with a thriving printing operation in particular, it just wasn’t enough to overcome the debt burden acquired the previous year. Some fierce price competition from larger Sydney retailers in Leica cameras, which were a big part of Foto Riesel’s operations, also had a negative impact.

‘I’ve had 20 years in the industry from film to digital, and I wish everyone good luck,’ he said.

(John can be contacted via his blog at johnny@johnnyshoots.com.au and via LinkedIn, etc.)