Smartphone apps for printing photos are attracting new customers who haven’t previously engaged in printing, according to a recent US market study by Suite 48 Analytics, but would probably attract more if more potential customers knew about them.

The study found that:
– Over 20 percent of Snapfish’s mobile app customers are new to Snapfish. (The Snapfish app simply uploads all smartphone pics to the Snapfish server automatically, with an accompanying ordering facility from the smartphone. Snapsfish Australia currently has a special offer of 50 free prints per month for 12 months for people using its app!)
– Over 50 percent of European photo services leader CeWe’s first-time mobile purchasers are new customers.

According to Suite 48 Analytics: ‘This new trend upends the conventional wisdom that smartphone photographers are only interested in sharing digital photos through social network or messaging platforms, and are therefore not a potential market for printed photo products such as photo prints, photobooks, photo postcards, or photo-enriched phone cases.’

Suite 48 Analytics tempered this positive observation in noting that companies supplying photo printing apps have done a pretty ordinary job of encouraging potential consumers to download the apps. According to the study, which analysed 137 photo printing apps, the apps’ median worldwide downloads to date are only 62,000, and just 20 percent of the apps have been downloaded more than 500,000 times.

By comparison, even today’s 100th ranked photo category app in the US Apple store – apps to apply to your digital images on screen –  has had more than 1 million downloads.

Suite 48 Analytics suggested the solution might be to incorporate photo printing apps with existing popular apps for photo enhancement or organisation or whatever:

‘Many smartphone photographers clearly want the ability to order photo products on occasion. However, for many these occasions aren’t frequent enough to warrant downloading and installing a dedicated app,’ said Hans Hartman, author of the report.

‘In fact, smartphone photographers might not even be aware that they can order output products unless the feature is visible someplace where they frequently engage with their photos, such as in an app for image enhancement or one for photo organisation. The win/win here, for both customers and vendors, is migrating the print function from being a product to being a feature.

Reality check
In preparing this story we visited the Google Play store to check out user experiences with the Kodak Alaris Kiosk Connect app (‘available at Officeworks in Australia’. What, nowhere else!?) and Fujifilm’s Transpix app. Both continue to get worryingly negative reviews. (It’s worth noting that Fujifilm Australia has someone monitoring comments and responding to customers. ) 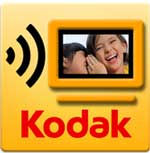 Keeping in mind that consumers are far more likely to volunteer negative comments than praise, there still seems to be some perceived issues among customers with smartphone photo printing apps. Here’s the last 10 comments from Kodak Kiosk Connect users from around the world:

March 16: – Galaxy S4 – Auto Network Switching?? Tried repeatedly to connect to a CVS kiosk, was given the message that I needed to turn off “auto network switching”, which was not allowing my phone to connect. When I clicked “settings,” there was no such setting to turn off. I spent 15 minutes looking through every possible setting in my phone for “auto network switching” or anything similar related to network connections. It doesn’t exist. The S4 is not an old phone. This app is pointless and inconvenient and clearly not compatible with all phones.
March 15: – Kodaik
March 15: – Pointless. Having to download this app made no sense to me. I spent ages messing around trying to get it to work, to find simply blue toothing the picture was faster and easier, and editing them on the machine was a lot more straight forward too.
March 14: Doesn’t check the download folder for pictures Will give 5 stars when fixed.
March 14: – V m Go
March 14: – Nonsense
March 13: – Awsome Great
March 6: – Really Love
March 5: – This app sucks
March 3: –  Awful arrgh …. Note 3 The worst app ever. The process of getting a pic onto the kiosk was complex before. But the app has made it worse. It simply wouldn’t allow me to find the photo on my phone and I had to copy the photo to my facebook upload folder so the app could select it. Not good. I’ll be keeping an eye out for a different kisok next time. 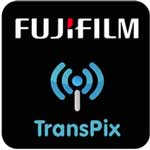 – And the last 10 comments on the Fujifilm Transpix app (from Fujifilm Australia). Fujifilm updated its app on Februrary 5:

March 6: – Kiosk didn’t work
March 2: – Great idea. Easy to use
February 19: – Supreme Loved it
January 12: – Crap Downloaded it waited at the shop for my photos to load for like 20mins (doesn’t let you pick folders so I had to scroll through like 1500 photos) only for it to npt work and wanted me to scroll through and select them all again. Needless to say I walked away. Lol
January 6: – Waste of Time I have a folder of photos on my phone i want to print. There are roughly 100 photos so it is a big job. The app does not sort photos into the folders already on my phone so had to wade through to find the correct photos. App continued to restart even when i only tried sending 10-15 photos at a time. Attempted several times but the program ate through my battery power and ended up leaving without photos! Very dissapointed.
December 31: – Loved It. Fantastic App.
December 26: – Dreadful, never used an app so bad, kept dropping out,
December 23: – Waste of time Had to use the machine four days in a row. Walked away each day disappointed and with no picture’s. Still no pictures. Bluetooth didnt work either.
December 14: – So quick & easy to use.Very happy with service.
December 11: – Does not support Android. Planned on printing some photos for a Christmas present and could not due to the lack of support for Android phones. Very disappointed. Will not use again.

– By the way, the Snapfish app gets even worse ratings than these two – even with those 50 free print per month!