John Swainston, who produced a 15-page submission for The Productivity Commission’s enquiry into the Low Value Threshold issue and backed that up with a public appearance before the Commission, comments on the agreement last week to abolish the LVT on private imports: 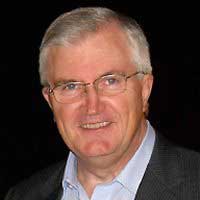 Well, it looks as though, on July 1, 2017, we will finally have the level playing field that so many of us have fought for for the past 10 years on GST for overseas purchase.

After last week’s meeting of State Treasurers, there is finally national agreement by government at both levels to implement a catch-all for GST on goods and services provided from overseas suppliers to Australian consumers.

But we have to wait until 2017, because apparently there are two obstacles. The first is that by delaying implementation it enables the Abbott Government to avoid breaking yet another election promise. The second is that it will take two years for the mandarins of government to find a way to cost-effectively gather the tax and cajole foreign suppliers into charging it.

It beggars belief that with the Federal Budget in almost record deficit, the government would allow a delay in collecting an estimated $2 billion in tax over the next 23 months. But that’s political expediency and effective pork-barrelling for you. This could be implemented in six months if the government so chose. It’s irresponsible with unemployment at the mid-6 percent level that this restructure of the existing tax is not implemented rapidly, based on Canadian and UK methodology that is now well proven. But given political survival always tops the national interest for governments of all colours, that’s the best we can expect.

It will be interesting if this also applies to returning passengers at major ports and airports. If it does, then I hope provision is planned now for the extra space and delays that such payments will require in our already cramped Arrivals halls at airports and harbours.

As one of the people who fought for this change with The Productivity Commission, the Howard Government, the Rudd Government and many ‘hard done by consumers’, I am glad that sanity is finally being restored, to encourage the level playing field for Australian retailers and the tens of thousands of people employed at retail. Now it’s up to everyone selling goods and providing chargeable services to provide service and range of a level that encourages purchasing locally. If not, people will still buy overseas.
– John Swainston