Supply of consummables and maintenance for HP Retail Publishing Solutions equipment will cease worldwide on April 30. 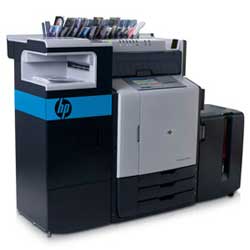 While components sourced from other business units within HP, such as the CL2000 Laser Printer, LJ9500 Printer, and HP Designjet wide format printers are not affected, the HP Photosmart ML1000/ML2000/PM2000 high-speed inket printers, along with HP kiosk hardware and software, will no longer have any support in terms of maintenance, spare parts or consummables.

In August last year PhotoCounter reported that support would be available until October this year, but it’s understood that HP has been aggressive in its determination to close down the business entirely by April 30, with direct communications to HP RPS equipment owners stating its position.

HP RPS’ largest Australian customer, KMart, has been progressively switching over to Kodak Alaris kiosks and printers over the past six months or so, even though neither company – KMart nor Kodak Alaris – seem willing to confirm the arrrangement. It’s interesting to note that any reference to HP (except for Snapfish by HP) has recently been removed from the KMart Photo Centre website.

We cover Ted’s Cameras switch from HP to DNP printers in a separate story this week.