GoPro has announced a new entry level model, the GoPro HERO+ WiFi, which will be available from October 4 at an RRP of $299.95. 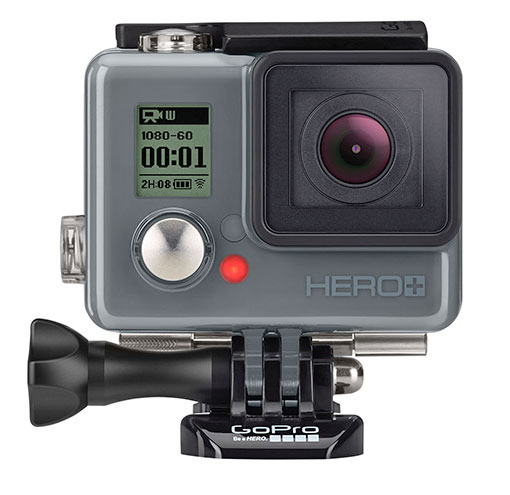 The modestly-specced new model offers 1080 video at 60 fps, 8-megapixel stills and WiFi connectivity. It is built into a housing that’s waterproof down to 40 metres and is compatible with the full range of GoPro mounts.

The HERO+ WiFi can also capture 720p video at 60fps, and stills in standard, time-lapse and burst modes at full resolution. Bluetooth connectivity is also included as well as a ‘QuikCapture’ mode for easy ‘one-touch’ recording and editing.

Other features include ‘SuperView’ – which stretches the native 4:3 aspect ratio to 16:9 – and it has an automatic low-light mode. With WiFi, the absence of an LCD screen is not such a problem as shots can be framed and files transferred directly from a phone or device.

GoPro has also announced the price of the small cube-shaped HERO4 Session camera has been reduced from $579 down to $449.95.