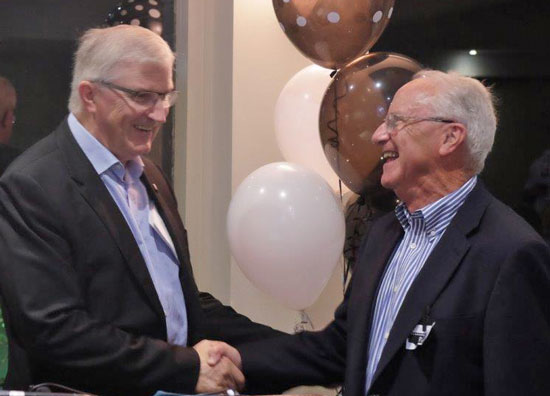 Ron and Valerie Frank (Camera Electronics) and Duncan Dodd, a long-time colleague of John Swainston, had travelled from Perth for the event. South Australia was also well-represent and there was a large contingent from Melbourne, including Malcolm, Clem and Douglas Kennedy; Nic Peasley and Dave Utton from Ted’s; and Peter Michael.

But Bill and Kathy McCurry, who had flown from the US for the occasion, outstripped us all in distance travelled.

With two retirements to be commemorated at the same event, there was a quality field of speakers, including Des Crawley, John Paxton, Stan Kessanis, and Bill McCurry – and of course the two retiring gentlemen!

Both John and Peter reflected on their decades in the industry, with Peter Rose recalling a more buoyant time in photo retailing: 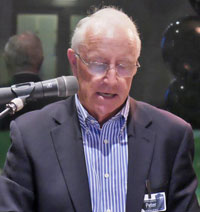 ‘It used to take a week with six calls a day to call on camera stores between Circular Quay and Central Railway,’ he said. ‘There was only one CE retailer, called Sydney Wide Stores.’

But even back then it was not always smooth sailing. In 1983, as head of J Osawa Australia (Mamiya) he received an abrupt telex from head office: ‘We as directors of your Australian operation, order you to cease activities in Australia immediately. Kind regards Zenro Osawa.’

‘The company owed $20 million to the bank (unsecured), we had 20 staff and a profitable business turning over almost $18 million per annum. It was quite a shock!’

After co-founding leading professional/consumer photographic distributor Merit Imports, and a couple of years as Camera House general manager, in 1997 Peter joined Kodak as NSW state manager for its Consumer Imaging group – the largest-ever sales team in photographics in Australia. Unfortunately, the Golden Years of the then undisputed market-leader were coming to end at this stage:

‘We did the job, made record sales and soon after the redundancies started! To be a manager in that environment was extremely difficult,’ he said. ‘Kodak staff believed they had a job from cradle to grave. The shock and loss of trust when their colleagues started to be fired was sad to see.’

Reflecting back on his 10 years as PMA executive director he focussed on the several years when organisation of the annual exhibition moved from PICA (now IDEA) to PMA.

‘The decision was taken to introduce the public, expand education on the show floor and involve PMA members in getting their customers to attend and to get actively involved in local area marketing. This succeeded in turning the event around,’ he said.

‘The subsequent annual Brisbane, Sydney and Melbourne events all grew in space sales and enthusiast attendance, to the point where the last event we managed, in 2011, drew over 20,000 trade, professionals and enthusiasts.

‘The income generated from these events subsidised the income for all the professional associations. During this period  of four years it is estimated over $2 million was fed back to the trade associations involved, as well as into the promotional fund to generate consumer attendance.’

Of the decision by PICA to re-assume management of the shows from 2012 he said: ‘Only history will determine the validity of that move.’

He concluded by thanking the ‘pro bono‘ organiser of the night’s event, his ex-PMA colleague, Barbara Bryan.

‘In summary for me it was not about the organisations, the products, the travel or the titles, it was about the amazing people along the way.

‘Not only did she instigate, create and orchestrate all arrangements for tonight in her own time, but for the past two years Barbara’s passion for the organisation and its members and energy in getting the job done has been central to our success. On behalf of our members Barbara, Thank You to you and [husband] Richard.’ 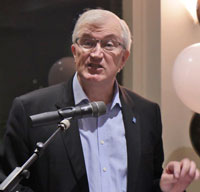 John Swainston began by noting the recent losses the industry has experienced with the deaths of Tim Jones and more recently Les Brener:

‘Sadly last month also saw the funeral of our long time friend Les Brener here in Sydney. And in a way it’s why all of us are here. Because of all people in our Australian working lives, Les was the photographic community – and so tonight, as much as anything, this is a farewell and thank you to Les.’

He pointed out that he was wearing a PMA pin for the evening to commemorate the driving force Les Brener had been in bringing the industry together. ‘For that reason I chose to wear a PMA pin in honour of him, and in honour of an organisation that itself is going through traumatic change.’

He went on to note the dramatic changes in photographic technology during his time in the industry.

‘Reflecting on 36 years here in Australia at Maxwell in its three versions, one reflects on all the technical changes. Super 8 with sound, Disc Photography, Nimslo 3D… We have seen the rise and fall of 35mm film photography, the rapid rise of digital and today to the smartphone that we all carry and captures 90 percent of pictures that people take today.

‘But actually it’s the people, many of them in this room, many unable to be with us tonight, and many, sadly no longer with us. It’s the people that have made the last 44 years a fantastic journey.’

In his inimitable fashion, John Swainston concluded with words of encouragement to an industry from which he insists he is only ‘semi-retired’.

‘To those of you, particularly the younger members of our industry, and especially the many people from my own company Maxwell International, I say to you: Hang in – the photo industry has changed massively in my five decades, but people still passionately value and treasure their picture memories: Your challenge is to get it back to where those remaining can make money and deliver on the key promise of amazing pictures, easily and affordably shared and/or printed – but most of all valued.

‘You are the ones to restore our industry – it will be different again, but it’s special, and you can make a difference.’

He then elaborated on his immediate ‘post-semi-retirement’ project:

‘The week after next I start on a long-planned book: An Australian Point of View, and a national journey to interview 50 leading contemporary photographers from all the disciplines of photography. Publishing target is October next year, along with the 50 video interviews targeted at education. So yes, it’s retirement from employment, but on to the next chapter of life.

His concluded by saying: ‘To the 13 years with Bell & Howell, 23 distributing Nikon at Maxwell and eight years with Lowepro/DayMen in the current Maxwell International, I say thank you for having me, letting me travel the world, understand how wonderfully diverse the world and its peoples are, and allowing me to develop a deep love and passion for photography.’

(All pics courtesy John Ralph, except the first group shot below, by Peter Eastway) 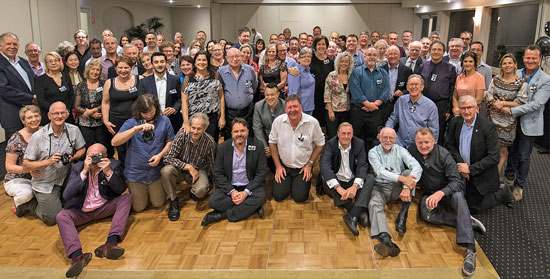 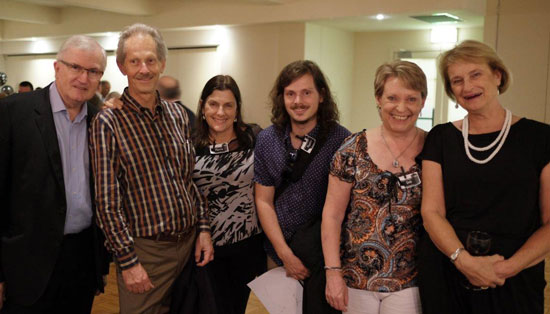 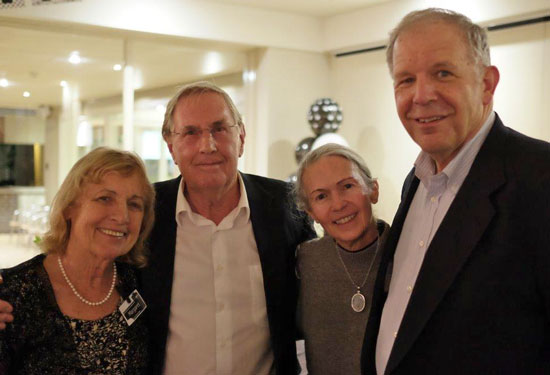