This will be our last newsletter prior to The Digital Show, so here’s a reminder that there will be a meeting at the show on Friday, October 16 to discuss the future of PMA in Australia. PMA CEO Georgia McCabe will outline the direction PMA is taking and then there will be a discussion on our local options. Meeting convener Paul Atkins told PhotoCounter that around 30 people had registered already. To attend, click here to register. 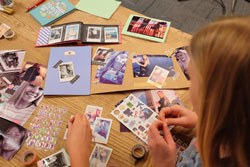 Next week ProCounter will run a round-up of new releases and equipment at The Digital Show which are of relevance to an industry and pro photographer audience.

One of those items of some considerable relevance is Fujifim’s launch of its Photo Wonder Shop concept in Australia. Who would have thought – Fujifilm getting itself involved in photo specialty retailing! Wasn’t it supposed to be an extinct channel in two years – about 10 years ago?

A press release on Photo Wonder Shops arrived in the in-tray about two hours ago. I was about to add it to this week’s stories but when I read it, I thought it begged too many questions for an industry readership to run ‘as is’. So instead of presenting the press release as if it were a PhotoCounter story, click here to read the full, unedited text.

Questions I thought might be relevant but are so far unanswered include how many Australian Photo Wonder Shops there will be, where will they be located and when will they open? And will these stores be run and owned by Fujifilm, or in some kind of partnership with its specialist retail customers?

All in good time, is Fujifilm’s response to photo specialists. The reply to the questions above is that ‘Fujifilm will officially launch the Wonder Photo Shop concept from Friday 16 October 2105 once the gates open at The Digital Show – they are more than happy to respond to media enquiries at that time.’

In the meantime, here’s something we prepared earlier on Photo Wonder Shops in Japan, the Philippines and China.

READERS COMMENT, Phil Gresham, Fotofast:
When we visited the Las Vegas Polaroid Fotobar location in June 2014 it was quite inspiring, “if this doesn’t get the kids printing nothing will” was the comment from fellow retailers. It had a Dave-beating 20+ kiosks and lots of inspirational ideas on what to do with your photos. The kiosks weren’t great and the small print quality wasn’t that great either, but neither is the intended market is that fussy .

Poloroid Fotobar is all but dead as a growth phenomenon. In 2013 Poloroid said there would be 1000s worldwide but now http://www.polaroidfotobar.com/ check out their website, now nothing and it will be updated in 2016!! Latest update on their Facebook site was in May! The original Florida shop was is strife a year ago – not sure what the latest is.

A family member working in Japan visited the Wonder Tokyo store and didn’t get that WOW factor that we did when visiting the Las Vegas Poloroid version. The Japanese market is unique, the big growth area for GenY as far as printing is film, yes film. Fuji was quick to drop film here and very slow to originally adopt Instax.

I wont pre-judge Wonder but I would like it to succeed. Who knows, Fuji may pile a heap of $ into promoting it that we can piggyback 🙂