While roll-out of the recently-announced Olympus OM-D E-M10 Mark II (phew!) seems to have been delayed in some parts of the worlds, Olympus Australia reports the camera will be available here from this week.

A lens mount defect has prompted a suspension of sales in some countries, as we reported in September.

‘We have assessed all available Australian inventory of the E-M10 Mark II and commenced shipping as of this week. Stock will appear in retail stores within the next few days,’ Olympus Imaging Australia marketing manager, Kristie Galea told PhotoCounter. 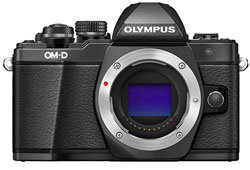 Olympus Imaging in Japan and other parts of the world such as USA and Canada  have issued a service advisory for OM-D E-M10 Mark II owners whose cameras were affected by a lens mount locking pin that caused plastic mount lenses to not secure properly to the camera body. Olympus Japan also announced it was pausing the sales of all E-M10 Mk IIs until the issue was fixed for all units in transit or sitting on shelves.

It appears Olympus Australia has dodged a bullet, with the issue emerging before stock of the E-M10 Mark II was distributed out to retail stores in Australia and New Zealand.

Olympus Japan announced last week that sales of E-M10 Mark II cameras will not start back up until November, around two months after the initial service advisory was announced.

In other E-M10 Mark II news, respected Fairfax photography writer Terry Lane has given the new camera a big thumbs up in this week’s SMH and The Age technology and TV guide: ‘We have been using the original E-M10 and have usually picked it up as our preferred camera – the MkII is better,’he wrote.

Margaret Brown also gave the camera a 9/10 Editor’s Choice award in her enthusiastic Photo Review camera review, concluding, ‘What’s not to like?’

With reviews like these boosting demand, local retailers will be pleased the camera is on shelves well before Christmas!