The New Zealand retailers association, Retail NZ has slammed the NZ Government for not reducing the GST-free loophole in its budget announcements. 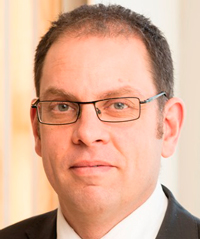 ‘The Government is moving to introduce new taxes at the border but is ignoring an existing loophole that is costing the country between $200 – $500 million in lost tax revenue at the border.

‘It is doubly unfair that Kiwi retailers selling goods to customers in most other countries have their goods stopped at the foreign border, and customers have to pay tax and fees before items are delivered.

At NZ$400, New Zealand has the second highest low value threshold in the world after Australia (A$1000). Both countries are seriously out of step with the rest of the world. For instance, the threshold in Canada is $20 and in the UK, £15.

‘This issue can be resolved reasonably simply, and we are deeply disappointed that the Government has not acted in this year’s Budget to close the loophole.

‘Not only does this loophole mean that the Government is missing out on revenue it
desperately needs to reduce the $684 million deficit, it is also driving New Zealand firms out of business and costing jobs.

‘Retail NZ and Booksellers NZ are running the #eFairnessNZ campaign asking the government to require foreign websites to register for New Zealand GST.

‘If a foreign retailer does not collect GST at the point of purchase, items worth more than $25 should be stopped at the border pending payment of tax, duty and any clearance fees.

‘Closing the eFairness loophole will allow New Zealand retailers to compete on a level playing field with international suppliers, save Kiwi jobs and help town centres
throughout the country thrive.

‘It’s time for the Government to commit to a timeframe for action.’

COMMENT: – And lets hope that timeframe if and when it comes is a bit faster than the one laid down by the Australian Government! The ‘Netflix’ tax on imported intangibles is due to be introduced OVER TWO YEARS FROM NOW in July 2017! There is no agreement for getting rid of the rort on imported goods. Retail NZ is proving to be a much more effective lobbyist on this matter (see the eFairness kit it makes available to retailers and media) than any of the Australian retailers associations. Perhaps because there are about 17 of them competing for relevance.