Another FF Sony rolls off the line

Sony has announced December availability of the highest resolution digital compact to date, the Cyber-shot RX1R II, with a full-frame 42-megapixel sensor. 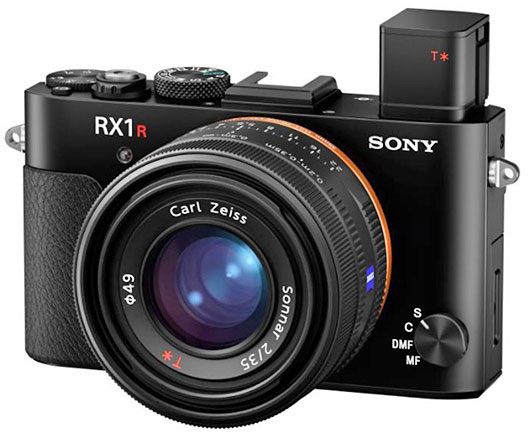 The camera has a sensitivity range of ISO 100-25,600. The sensor’s back-illuminated structure enables faster transmission speed and outputs data approximately 3.5x faster than the original RX1R.

It features an optical variable low pass filter that allows manual adjustment of image resolution. There are three settings are available: Off, which provides comparable effects to having no low-pass filter and is suitable when aiming for maximum resolution; Standard, which strikes a balance between resolution and removal of moiré and colour artefacts, and High, which places more emphasis on reducing moiré and artefacting.

The lens has a Macro shift ring for focusing on subjects as close as 14cm. The nine aperture blades produce smooth, even bokeh. The RX1R II also utilises an in-lens shutter, allowing 1/2000 second flash synch speed and a significant reduction in overall body size. Uncompressed 14-bit RAW image capture is also available, in addition to the regular compressed format.

The camera’s sensor features 399 focal-plane phase-detection AF points that cover about 45 percent of the image area and work with 25 contrast AF points for fast focus response.  Advanced motion-detection algorithm provide superior tracking performance of moving subjects and allows for an AF-C mode that accurately tracks a subject after focusing. It also can achieve up to 5fps continuous shooting with AF tracking. The RX1R II includes multiple AF area settings including Wide, Centre and Flexible Spot, as well as Eye AF and lock-on AF.

Other features include a built-in retractable XGA OLED Tru-Finder with Zeiss T coating and four glass elements, including two aspherical lenses, that work together to deliver a magnification of 0.74x and clear corner-to-corner visibility with minimal distortion. The new camera also has a 3.0 type WhiteMagic 1.2 million dot LCD display that can tilt upwards to 109 degrees and downwards to 41 degrees.

The Sony RX1R II full-frame compact camera is scheduled to go on sale in Australia in December 2015. Pricing has still to be determined – but it certainly won’t be cheap. US recommended price is US$3300!