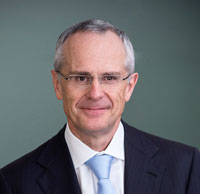 The ACCC is seeking declarations, injunctions, pecuniary penalties, corrective notices, a trade practices compliance program –  and costs. This follows the ACCC’s proceedings in the Federal Court against LG alleging that the company made false or misleading representations to consumers about their rights in relation to faulty LG products after the expiry of the manufacturer’s warranty period.

The case should be of interest to photo retailers, as mid- to high-end camera gear could also be expected to be of ‘acceptable quality’ after the manufacturer’s warranty expires. It’s worth noting that the ACCC’s focus seems to be on manufacturer/distributors, as the ACCC is asserting that LG misrepresented the legal position to retailers and repairers as well as consumers.

LG allegedly told consumers, retailers and repairers in relation to complaints about defects with its televisions that:
– the remedies available to consumers were limited to the LG manufacturer’s warranty;
– where the defect occurred after the LG manufacturer’s warranty had expired the consumer was only entitled to a remedy if the consumer paid for the costs of assessing the failure, that LG had no further obligations, and any step it took in relation to the television was an act of goodwill;
– the consumer was only entitled to have the television repaired (and not to a refund or a replacement), and/or the consumer was liable for the labour costs of the repair.

LG declined to comment as the case was before the courts except to say it was ‘committed to its customers and compliance with its obligations under the Australian Consumer Law.’ 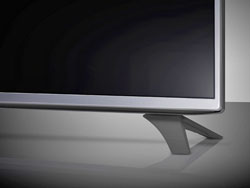 ACCC chair Rod Sims (pictured above right) didn’t see himself under the same constraints: ‘When consumers buy products, they come with a consumer guarantee under the Australian Consumer Law that they will be of acceptable quality. This guarantee is in addition to any express manufacturer’s warranty,’ he said.

‘The ACCC will not hesitate to take appropriate action against manufacturers who misrepresent consumers’ rights and remedies for defective products under the Australian Consumer Law.

‘The Australian Parliament has conferred these important rights on consumers, and these rights should not be undermined by misrepresentations,’ he added.

The matter is listed for a Case Management Conference in the Federal Court on February 5.