Panasonic has announced the Lumix DMC-FZ300, the latest in its FZ Series of high speed compact cameras, will be available in September at an RRP of $899. 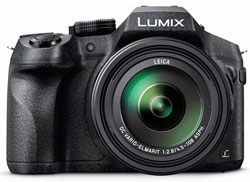 In addition to 4K video and photo shooting, 4K Pre-burst, uses buffering to capture one second before and after the shutter is pressed, at 30 frames per second. The user can then select from 60 frames to find the moment they are looking for.