Too little, too late for Pixi creditors

BCR Advisory, administrator of former portait photo chain Pixifoto, has failed to achieve a hoped-for positive outcome from a Deed of Company Arrangement, with creditors voting last month to put the company into liquidation. 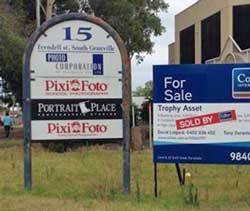 Pixifoto (Photo Corporation of Australia) employees will now look to the federal government’s Fair Entitlements Guarantee (FEG) for unpaid entitlements, which amount to $2.4 million. While they will probably receive most of the money owing via the FEG, they will still have to wait between three and eight months, in addition to the 16 months since Photo Corporation of Australia (PCA) went into administration. Pixifoto NZ employees are likely to be left empty-handed.

A Deed of Company Arrangement was proposed and  accepted by creditors in September 2013. Rather than liquidating immediately, it was hoped that operating under administration would deliver a better return to both secured and unsecured creditors.

At the heart of the failure to achieve reasonable returns to creditors was a disastrous result from the sale of the Pixifoto School Photography business to Wagga-based MSP, described on its website as ‘Australia’s largest school photography service provider’.

This sale was made just a month before Pixifoto called in administrators in July last year, but the sale agreement included dividends to be paid into the future. Likewise, Photo Corporation of Australia sold its Pixifoto UK operations not long before its collapse, with future dividends part of the deal.

BCR Advisory noted in its report to creditors that this warranted further enquiry ‘to verify MSP’s data’. The report also noted that MSP had declined a request by BCR Advisory to conduct an audit to confirm number of schools and overall students photographed.

Dividends from the sale of Photo Corporation UK have also been smaller than expected.

BCR Advisory itself will have billed $273K plus disbursements to manage the ‘Deed Administration’, with a further $160K initial payment to now handle the liquidation of PCA.