Once or even twice a year, schools reach out to portrait photographers to snap each pupil for a yearbook, as well as offering the photographer an opportunity to sell some prints to parents. 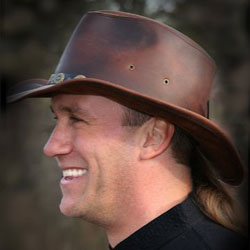 But to break into this usually tight-knit industry and establish a business based on school photography can be quite difficult, even for the most expert portrait photographer.
At the Independent Photo Imagers (IPI) conference in Las Vegas in June, American school photographer Bill Champion explained how he makes his small business stand out from the crowd – without spending a fortune.

Bill Champion (pictured right) is a lecturer, marketing manager, but firstly a photographer who has provided over 300 schools photographic services for over 20 years, as well as capturing more than 250,000 heads for sports portraiture. (But honestly, whose counting?)

He began by saying that he focuses on educating his clients on what his business offers that others don’t during his initial pitch to whomever at the school decides what portrait business to hire. He researches the most successful competitors and finds areas where his business is superior. In his case the major competitor is Lifetouch, possibly the largest and most powerful school photography businesses in America. He found that Lifetouch would hire photographers as sub-contractors, who consequently weren’t covered by Lifetouch’s insurance policy if ‘something went terribly wrong’, whereas his directly employed workers are.

‘You need to go in and assume these people (the client) don’t know this stuff, but it’s also important not to disparage the competition,’ he said.

He also spoke of how to maximise profit when presenting photographic packages to parents. In his opinion, he found that the most effective method to produce ‘a higher buy rate’ was offering proofing, rather than pre-orders and ‘Spec’.

Proofing is where he photographs every student, whether the parents have placed an order or not, and allow them to view the pictures online, which is quite persuasive.

Pre-orders is where parents decide if they want portraiture taken of their child prior to the shoot. He said this was less effective due to some parents regretting their initial decision not to place an order after seeing photos of other students.

And ‘spec’, short for speculation, is to be avoided like the plague! It is where the photos are printed and presented to the parents, who then pick (or don’t) the photos they like, send the payment and the ones they dislike back to the business. He says many schools prefer this method, but ‘they usually can be switched’ by pointing out the environmental impact and the waste of material. He dislikes this method because it costs more resources for less return.

Much more fundamental marketing techniques can make a large difference in profit. A few extra bucks can be made from parents Bill refers to as ‘middle-range parents’. He finds they are most common group – not opting for the cheapest or most expensive package – but the ‘middle range’. He says that if on average these parents spend $22, then make the $25 package significantly more attractive than the $20 package by offering something a little extra. In his experience the cheapest and most expensive package buyers never shift their habits but the ‘middle-range’ do.

And present these options clearly and concisely on the order forms – too much information isn’t a good look and often confusing. Since Australia like the US is so multicultural, it also allows room for those operating in culturally mixed areas to consider putting key information in a different language if some parent’s first language is not English. 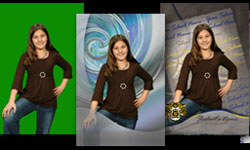 When it comes to the actual shoots, Champion usually uses a green screen backdrop, rather than traditional backgrounds. He says it allows the school to select a background and provides a few extra cost-effective options, plus the ability to customise the background for individual clients. But now and then it is handy to have some traditional backgrounds, as some schools prefer it.

Finally, Champion said that a successful marketing tactic is to offer to send the order forms and pictures directly to parents, rather than have the school distribute them. It takes a bit of organisation and responsibility from the school and demonstrates a commitment to offering a good service. It also prevents the order forms, money or photos from going ‘missing’ via the pupil. He says this happens mostly with high-school students, who may dislike their photo or ‘misplace’ the money. And, of course, offering an online payment is always a great option!