Sigma on a mission with cameras

The expansion of Japanese lens-maker Sigma Corporation into a camera company is not just a matter of business diversification – it’s a mission. 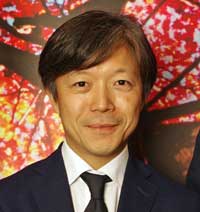 A mission grounded in, of all things, a sense of filial responsibility. In the first part of this interview Sigma CEO Kazuto Yamaki (pictured right) explained that the move up into the premium lens category was driven by a sense of responsibility to the town in Japan in which Sigma manufactures – the only way to keep the factory in Aizu, Fukushima prefecture, was to design and develop higher value lenses.

Entry into the camera market was for similarly ‘un-corporate’ motives: ‘The camera business was my father’s dream, so it’s my mission,’ explained Mr Yamaki.

‘My father founded the company and I took over his business. And the camera business has been very tough for us but still, that’s my father’s dream.’

He adds with a smile: ‘I have to do it, otherwise my father will come from the graveyard…’

In 2008, under the direction of Kazuto Yamaki’s father, Michihiro Yamaki, who died in 2012, Sigma Corporation purchased California-based Foveon and its three-layer image sensor technology. In 2011, the company announced the SD1 interchangeable lens camera with a groundbreaking, 46-megapixel direct image sensor, offering more megapixels than any other DSLR then on the market.

One would safely assume Sigma also has the challenge of optics for its cameras fairly well covered. But so far, its camera products haven’t captured the popular imagination. Some glowing reviews here and there, especially for the image quality achievable for the current range of DP Merrill fixed lens models (‘Merrill’ being the surname of the inventor of the Foveon sensor) hasn’t translated into massive sales. Sigma cameras don’t enjoy the economies of scale of Canon or the other big players and thus have tended to be higher-priced, and in the mass market a familiar brand is an insurance policy for people who know little about photography. So as Mr Yamaki says, the camera business has been tough. Sigma cameras have been more popular in Japan than other parts of the world, he adds.

‘Lenses are our main business’, said Mr Yamaki, ‘But I’m also excited by the camera business. Although it’s still small, we are very happy to provide very special cameras like the DP Quattro.’

Later this year these cameras will be either joined or more likely superseded by the new DP Quattro range, which updates the existing and proven combination of the Foveon X3 sensor and the 19mm, 30mm and 50mm f2.8 fixed lenses – a combination created for optimal image quality. Then add to this a camera design like no other.

The new Foveon X3 Quattro sensor captures 19.6 million pixels of data on its top layer and 4.9 million pixels on the two layers beneath. This should speed up processing, improve noise characteristics and, Sigma claims, offer a 30 percent improvement in resolution.

– This contradicts the common wisdom that DSLRs are the top of the totem pole when it comes to image quality – but Mr Yamaki definitely knows of what he speaks!

‘The response from existing customers is very positive, and there’s also positive feedback from new customers who haven’t been interested in our cameras before,’ he said.

The elongated body with a backward sweeping handgrip looks odd because of what we have been conditioned to expect a camera to look like. Sigma says it’s all about superior grip; a balanced shape, layout, and weight distribution; and added battery life.

In the hand it is surprisingly light, and the balance is better than good. Though it looks radically different to anything else, the buttons and controls are where you would expect them to be. Shooting with the camera is, well, more the same than different.

Mr Yamaki maintains optical performance will outdo a DSLR. Here’s why: ‘The interchangeable lens system camera is very good, very versatile,’ he explains. ‘By changing the lens you can take many kinds of photos. But in terms of quality, it’s much easier to get high quality with a fixed lens.

‘Probably in terms of image quality the DP Quattro can produce better quality that a DSLR. First of all, the lens is very good.’ No, change that: ‘The lens is superb. Better than an interchangeable lens. It’s an optimised lens for this camera.

‘The second point is, we perfectly match the optical path to the focal image plane so you can expect the very highest sharpness from centre to corner. Very even.

‘Also you don’t have a moving mirror or shock from a focal plane shutter. This leaf shutter is very silent and quiet.. So you don’t suffer from camera blur.

‘If you need the highest image quality – for instance landscape photographers – this is a perfect solution.’

Sigma will continue to develop its range of ‘SD’ DSLR cameras, although Mr Yamaki concedes that ‘compared to the DP Quattro it’s a lower priority maybe.’

It may even consider a mirrorless model. ‘If we have enough engineering resources to add one more system we would do it, but again the first priority is to provide the new camera [the DP Quattro] to customers.’

He also hinted at some more surprises from Sigma this year – both in lens and camera technology – but wasn’t giving any details away.

The new Sigma DP Quattro camera will commence availability in Australia – the 30mm DP2 Quattro is likely to be first cab off the rank – early in the second half of this year.