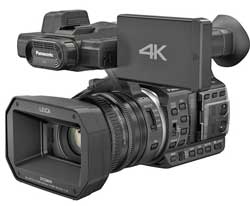 Panasonic has announced a new full HD camcorder, the HC-X1000 4K, a ‘semi-pro’ model in a compact, hand-held body.

It will be available in Australia in October at an as yet unrevealed price. The US price is US$3500

Defying the trend towards ever-smaller gadgets, it seems phablets have captured the market’s attention.

Shipments of the phone-tablet hybrids will surpass portable PC shipments this year and tablet shipments next year, according to International Data Corp (IDC). It defines phablets as smartphones with screen sizes between 5.5 and about 6.99 inches – delivering a photo-friendly soft display equivalent of the 4×6-inch print. 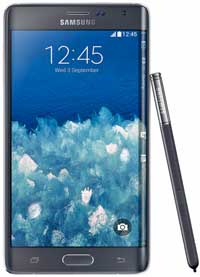 This year, electronics vendors will ship about 175 million phablets, IDC said, passing the 170 million laptops expected to ship during the same period. Next year, phablet shipments will top 318 million units (phenomenal year on year growth if it proves true), surpassing the 233 million tablets forecast to ship in 2015. IDC says that phablets will growing to 32 percent of the smartphone market in 2018 from 14 percent this year, IDC said.

Apple plans to introduce bigger screen iPhones, including a possible 5.5-inch phablet, during an event on Tuesday, September 9. This month Samsung showed its new 5.7-inch Galaxy Note 4 and the Galaxy Note Edge (above right), a new phablet with a 5.6-inch display that wraps around one side of the device.

The Photokina rumour mill continues, with an alphabetically sequential replacement for the Fujifilm X100S, the X100T, apparently pencilled in for announcement on September 10. The camera may well feature a 16-megapixel sensor instead of a 24-megapixel version.

Fujifilm will possibly announce a new XF 120-400mm lens for its X series cameras as well. 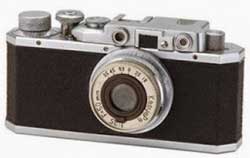 It’s a big week for anniversaries at Canon. Not only is it celebrating the 100 millionth EF lens milestone with discounts on ‘L’ series lenses to the US market, but it’s also commemorating the 80th anniversary of Canon’s first camera, the ‘Kwanon’.

The Kwanon, Japan’s first 35mm focal-plane-shutter camera, was produced in prototype form in 1934.

The engineers who created the camera decided to name it after Kwannon, the Buddhist goddess of mercy, hoping the deity would share her benevolence as they pursued their dream to produce the world’s finest camera.