The wonderful world of GoPro photography has become even more wonderful – and just a little more dangerous – with the release of two new mounts for its popular action cameras – a ‘3-way handle’, and a bodyboard mount.

The 3-way mount is an all-in-one mount that can be used as either a simple simple grip; an adjustable arm; or a tripod.

The tripod section collapses down and stores in the handle, and can either be attached to the base of the 3-way mount, or used on its own. The arm extends to 20 inches and collapses down to 7.5 inches.

The bodyboard mount installs directly into a bodyboard or foam surfboard. You unscrew the strap plug, and install the mount in its place. The GoPro can be pointed forwards, or selfie-style towards the surfer. It also features a camera tether and locking plug ‘to further secure camera in heavy surf.’

– To hell with the surfers’ security in heavy surf! This seems mighty irresponsible of GoPro – the company seems to be implicitly advising surfers to go out into the ocean without an leg or arm rope. Has GoPro really thought this through, or will it take a drowning? 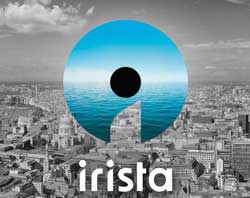 Canon takes another step in its global strategy to engage direct with consumers with the launch today of Irista, a cloud storage service for images.

Unllike Dropbox or Google Drive, Irista doesn’t have file-size limitations and allows storage of RAW files – from most of the major camera brands. It offers filters that let users search their images by things like the lens used, or social network they’ve been shared to.

It’s a new profit centre for Canon, with the first 10GB and access to al features free. After that users can purchase 50GB for five pounds per month (about $9) or 100GB for 11 pounds (abut $20). The launch is currently focussed on the British market.

These storage prices aren’t particularly competitive, but the ability to store large RAW files and the other ‘image-centric’ features may appeal to enthusiasts and professionals.

Exclusive offers from the various Canon online stores around the world, and print services using Canon wide format printers and the Dreamlabo printasuarus would logically come next.

Lovely and warm in this pot, isn’t it?

(Btw – when we checked this morning, Irista had crashed.)

New Sigma lenses for Photokina?
According to Canon Rumors, Sigma could ‘announce’ as many as four new high-end lenses at Photokina this year. – with actual availability some time after. Among them is a new 85mm f1.4 DG Art series lens. Zeiss is planning to unveil its 85mm f1.4 OTUS at the show.

The rumour site also talks about a super-telephoto in the 300–600mm range, but without any details.