I have virtually no photos of my own of my teen years. If I wanted to find a picture of those angst-filled days – not long ago – I would have to hunt down an old and possibly non-existent MySpace account. 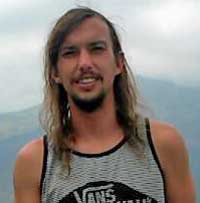 You could say I am an ‘average youth’ in relation to photography (as opposed to some nostalgia-driven, Holga-toting hipster). At 22 years old I’ve never printed photos. The closest experiences were over a decade ago, being whisked off to a photo store in the back seat of a car, to either pick up or drop off a canister of film with my parents. Then there was the mysterious inkjet printer in the office. Nothing to do with me. Besides that it has been an entirely digital ride – well, at least until a month or so ago.

When I take photos it is always on a smartphone – and guess where they end up? That’s right, in the increasingly disorganised ‘Pictures’ folder on my elderly laptop, which will one day meet the same fate as my MySpace account. For the record, the best shots do end up on Facebook, which has remained the dominant social media platform since graduating high school. While they remain in Mr Zuckerberg’s archive forever, their life as things people look at is only a couple days.

But a recent visit to Kmart with a colleague revealed to me just how easy it is to have pictures printed. I was not met with the chunky, slow kiosks of yesteryear – which always seemed to be the domain of mothers and retirees – but a sleek, fast, up-to-date touch screen that powers through the process like a Gen Y kid frantically texting his friends. To my surprise, I didn’t even have to have a camera, external memory card/usb or a cable. It was all done through WiFi or Bluetooth from phone to kiosk, with minimal human interaction! I encountered two smartphone Apps that I was previously unaware of that make life easier – the ‘Fujifilm Camera Application’ and the Android-friendly Kodak ‘Kiosk Connect’ app. And I understand there is now a web-based phone-to-print systems that doesn’t even require downloading an app. While this is news to me, it is probably not to you.

Printing photos taken on my phone never appealed to me – I just assumed that the photos on the 5mp smartphone would be rubbish. ‘The phone’s screen is only a few inches wide and the images are probably compressed,’ I thought, but was encouraged to test it out anyway. Minutes later I was holding the physical print, pleasantly surprised – impressed even –  with the overall quality and sharpness of the images – translated pristinely onto the glossy photo paper.

And it wasn’t just the realisation that I could easily print some half-decent photos, but also turning what had previously been a series of seemingly ephemeral and basically worthless digital snaps into something with emotional and physical value – and at only 20c a pop!

When I took the four prints home (two pictures of my partner’s pet rabbit, a generic coastline shot, and a campfire scene), Nikole picked them up and scanned each one closely – particularly thrilled with the rabbit shots. Naturally this lead to a discussion of each photo, despite the admittedly unskilled operator behind the camera.

‘How much do you think they cost?’ I asked. ‘Five dollars?’ she responded with uncertainty. Boy, was that off the mark. Once I told her how easy and cheap it was her eyes lit up. Immediately I pictured our house in a few week’s time splattered with collages of rabbits on every wall. Oh wait, her iPhone recently met a big dirty puddle. Over 1000 images from the last five years – all gone.

The four photos have since remained on the coffee table, and every once in a while visitors come over and seem to be naturally drawn to the prints, leading me to think that the appreciation for the physical object, the ‘hard copy’, is not lost. But maybe most younger people have just never been shown its value? That, and perhaps it is time to take some better photos.

Now contrast that experience with what happened last weekend. About five friends came over to head into town to see a band, one of whom brought her new GoPro. We programmed the camera to take a photo every minute for as long as the battery lasted and took it along for the ride; setting it up in various rooms and settings. The next day we connected the GoPro to the PC and ferociously clicked through each image looking for those gems. A bundle found their way onto Facebook, garnering a few Likes and comments. But the 24-hour cycle came and went and that is that. I cannot imagine how much more enjoyable viewing these images would have been if they were passed around in print, or even in a photo book.

Two friends of mine who are slightly more interested in photography than your average citizen have started shooting with 35mm film cameras. ‘I’m not super into it, but the end result is worth it,’ one said when I asked him why he’d bother. While I won’t be joining them any time soon, I’ve become increasingly aware how valuable physical prints are. The problem was that I just didn’t know it.

People from my age group are taking more photos than anyone else in history, but are detached from the value of print – perhaps because we never truly experienced the thrill of the physical photo. The smartphone camera quality is sufficient, the technology has advanced, and the process is incredibly easy, but for whatever reason I didn’t know any of this until very recently.
– Will Shipton