PMA on a new mission

PMA International has changed its mission statement from ‘Promote the Growth of the Imaging Industry’ to ‘Evolve the imaging business community worldwide by promoting innovation, marketing, technology, and passion for photography’.

The announcement of the new mission was accompanied by an outline of future initiatives:
– Continuation of the consumer focused ‘Big Photo Show’ event;
– The development of a Big Photo Show kit, which would help photo retailers host their own Big Photo Show events in their local markets;
– Continued support and development of certifications;
– Social media programs for members;
– Additional promotion of National Photo Month;
– Establishment of a National Photo Store Day;
– Continued legal support;
– Ongoing work with other industry groups to help market and promote revenue-generating aspects of photography. 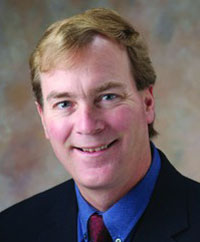 ‘PMA, as the industry’s worldwide photo association, needs to help its members evolve by promoting innovation and technology; providing networking events like the PMA Conferences and PMA@CES to help our members with idea sharing and marketing their products and services; and fuelling consumer passion for photography with information and education events like the Big Photo Show. We are excited to unveil our refined mission statement, and to offer these new and expanded resources and tools to our members.”said PMA International president Bill Eklund.

PMA Australia executive director Peter Rose said that Australian, British and Canadian divisions of PMA had input into the new plan – the work of a sub-committee of US PMA members – via recent discussions with PMA president Bill Eklund..

He said the focus In Australia would continue to be on ‘prosumers’, a group he estimated to number 800,000 – people who have photography as their main hobby through to those who are keen to be more competent photographers to record their holidays and other interests.

‘They’ve all have good cameras and are looking to use their pictures,’ he said. The forthcoming Educational Photo Expo events in Brisbane and Melbourne were aimed at engaging with this group and showing them how to do more with their images – from using images from smartphones to creating home decor.

Of the other initiatives PMA outlined for the future, he said the ‘Big Photo Show in-a-box’ initiative – a kit to guide retailers in how to put on their own local photo events – could have direct application in Australia where there were retailers with the capabilities and interest  to implement it.

He said towns the size of Hobart, Launceston or Albury were places ‘where I can see it happening successfully’.

He said that locally PMA would be concentrating on making the Photo Expos a success and then move onto the AGM/Industry Conference event at the Manly Pacific Hotel October 31 – November 2.

‘Then we will look at a few of these other things,’ he said. A renewed focus on PMA certifications and the promotion of passport photography via photo stores – offering an online certificate course – were two areas of activity he said were on the agenda.

To a certain extent, PMA Australia needed to look to activities which were both intrinsically worthwhile and also generated revenue, as members fees alone did not enable the association to engage in a host of extra activities, but basically only covered fixed costs.

He said that ‘a lot of the marketing thrust has to come from the US’ for PMA to look at a local National Photo Month campaign, and agreed that May was not the right month in the Southern Hemisphere for this kind of promotion.

He said that the Educational Photo Expo events were ‘going well’. Exhibition space to suppliers has all been taken up and there was great support from Ted’s Cameras, Camera House and DigiDirect, and in Brisbane, Fotofast, who would all be promoting the events via their extensive customer databases.

Barbara Bryan, Member Connections and Event Planning, PMA Australia, said that so far ticket sales in Brisbane were ahead of Melbourne sales.

‘We have put it on every What’s On type feature in each state. The exhibitors and speakers and our social media efforts have drawn the most results.’ She added that Twitter and Facebook had been very powerful, with the events’ Facebook page attracting over 12,00 views in one day.

‘We will see how the bookings grow once Ted’s and Camera House customers get on board,’ she said.