Olympus Imaging Corporation has announced that it is bringing its worldwide warranty policy program to a close for cameras and lenses shipped after September. 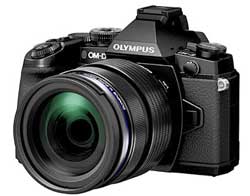 This will have little effect locally, as Olympus Imaging Australia made changes to its warranty policy back in August 2010, supporting Australian retailers with a two-year local warranty and referring international purchasers back to the country of purchase.

However eliminating worldwide warranty cards will also eliminate any misconceptions around warranty support or misinformation from international retailers keen to make a sale.

Olympus Imaging has been providing a worldwide warranty for digital cameras and accessories since 2004, ‘except for some countries and regions’ (such as Australia since 2010.).

Olympus Imaging Japan stated the ending of worldwide warranty support was ‘because of regulation by laws and differences in the infrastructure of the repair facilities in individual countries.’

‘Please kindly be informed that Worldwide warranty will not be provided with most of our Micro Four Thirds System and compact digital camera products shipped after September of 2014,’ stated the advisory.