Nikon has finally announced the release of the D4S, the latest flagship full frame (FX-format) SLR camera, successor to the D4, released in February 2012. 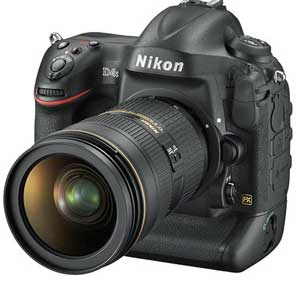 One area of upgrade is the autofocus system, which Nikon claims can easily keep the subject in focus, whether it’s coming in close or moving away at a high speed. Intended for taxing conditions, the AF can accurately track movement, whether the subject enters the frame suddenly or takes up the entire frame.

In addition to the four AF modes built into the D4 (Single-point, Dynamic-area, 3D-tracking, Auto-area AF), the D4S is equipped with a new ‘group-area AF’ mode for more power and versatile autofocusing. When selected, the camera uses one focus point selected by the user and one above, below, to the right and left of the selected focus point, a total of five focus points – to cleanly capture erratic movement without focus shifting to the background.

There are a total of 51 focus points that support a maximum aperture of f5.6, 15 of which are cross-type focus points located at the centre of the frame which use AF to detect the subject horizontally and vertically.

Other upgrades include:
– A new 16.23 megapixel image sensor specifically matched to the new EXPEED 4 image processor for ‘even greater sharpness and enhanced depth.’
– Support for the 1000BASE-T standard increases wired-LAN transmission speed and a small size option for RAW images (12-bit uncompressed) for improved and speedier workflow;
– An additional autofocus mode that enables smoother autofocusing and faster workflow during continuous shooting at 11fps;
– Increased accuracy of auto-white balance for clear colour reproduction, even when shooting under difficult artificial lighting:
– Improved video capabilities with Full (1080p) HD recording at 60p/50p/30p/25p.

The camera will be launched on March 6, yet no local pricing has been supplied. US suggested retail price is US$6500.