Nikon used the International CES show in Las Vegas as a platform to launch a truckload of new photo gear, including the entry-level D3300 DSLR, eight new Coolpix and a couple of lenses. 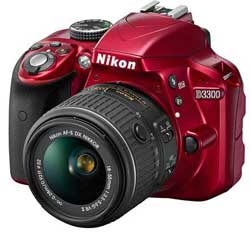 The compact, lightweight D3300 will be available in black and red and features a 24-megapixel DX-format CMOS sensor with the optical low-pass filter removed, and the latest EXPEED 4 image processing system.

Key features, include a 5 frames/second continuous shooting mode and an ISO range of 100 to 12,800 (25,600 extendable), Full HD movie recording with 1080/50p support, and 13 in-camera effects. A variety of in-camera retouching functions is provided and the D3300 is compatible with the optional WU-1a Wireless Mobile Adapter, which enables users to wirelessly control the camera’s shutter, share images via smart-phones and tablets, designate image size and add location information to images.

The EN-EL14a Rechargeable Li-ion battery is capable of approximately 700 shots or up to 55 minutes of video per charge. Higher-definition characters and icons in the information display with larger ISO sensitivity indication simplifies system navigation.

Announced concurrently was the AF-S DX Nikkor 18-55mm f/3.5-5.6G VR II kit lens, which features a retractable design and improved optical performance. Stable shooting is ensured with an easy-to-hold grip and Vibration Reduction (VR) which claims up to four stops of shake compensation. An optional lens hood is available. The D3300 and the new 18-55mm f/3.5-5.6G lens are due to go on sale on 6 February, 2014. Pricing is at local resellers’ discretion. Nikon US price with the new kit lens is US$650.

The new AFS FX Nikkor 35mm f1.8 G lens is designed for Nikon’s FX camera bodies and provides a fast f1.8 maximum aperture for superior depth of field control. Its superior optical design and lightweight build make it ideal for street photography as well as architecture, portraits and landscapes. This lens is due to go on sale on February 20.  Nikon US price is US$600. 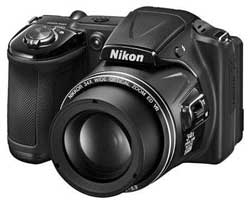 Nikon has added eight new compact camera models to its Coolpix range. The Coolpix L830 (pictured right) has a 34x optical zoom lens and 16 megapixel BSI (Backside Illuminated) CMOS image sensor and comes with a generous grip, 3-inch LCD and Full (1080p) HD video support. The Coolpix S6800 sports a stabilised 12x optical zoom lens and built-in Wi-Fi connectivity. It will be available in Black, White, Pink or Red, all with highly polished finishes. The Coolpix S3600, S2800 and L29 are targeted primarily at snapshooters. Also announced are the Coolpix S6700, S5300 and L330 models. The L830, S2800 and L29 are due to go on sale on January 30, with the S3600 following on February 6 and the S6800 on February 13. Release dates for the L330, S6700 and S5300 are to be confirmed. 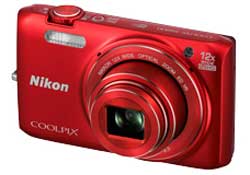 Nikon has also unveiled plans to introduce the Nikon D4S, a new flagship DSLR for the Nikon Professional range. Details has still to be announced for this model, which is designed to offer optimal performance in adverse conditions, particularly those in the fields of sports, press, and nature photography, as well as advanced amateur photographers.

Perhaps we will have more details the CP+ exhibition in Yokohama, commencing February 13.