Panasonic and Sony have announced a new optical disc archival storage medium, ‘Archival Disc’, to be launched early next year, starting with a 300GB version. 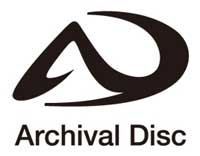 The Archival Disc format will soon after be released in 500GB and then 1TB sizes.  By comparison, current Blu-ray discs store 50GB.

Archival Disc will be a write-once, dual-sided-recording media with three write layers per side. Optical discs have excellent properties to protect themselves against the environment, such as dust-resistance and water-resistance, and can also withstand changes in temperature and humidity when stored. They also allow inter-generational compatibility between different formats, ensuring that data can continue to be read even as formats evolve.

This makes them, according to Sony and Panasonic, robust media for long-term storage of content.

Both companies have emphasised that Archival Disc is a professional storage solution – not something for the average user. (Which could be another way of saying you’ll pay through the nose!) 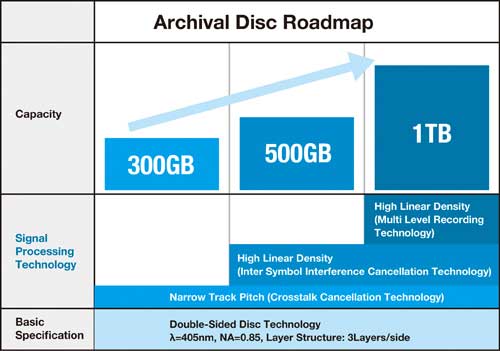