Maybes from Canon, Nikon and Sony at CP+

The somewhat obsessive (but regularly accurate) section of the online photographic community which publicises rumours of new camera releases has been awash in the last few weeks with discussion of new models – from Canon in particular. 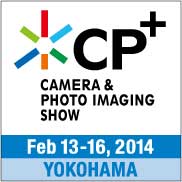 As there hasn’t been much new of any note new from Canon for a while, the timing could be about right, and the CP+ show in Yokohama  (Feb 13 – 16) will provide a showcase for any new releases.

The most prevalent rumour is that Canon will announce some key new products on the day prior to the opening of CP+, and the camera most of the rumour sites seems convinced about is a new top-of-the-line premium compact, to be called the Canon GX2 (or possibly GX1 Mark II).

On the DSLR front things are a little less clear, but there are consistent reports of a Canon 7D replacement (which may enter the line-up as the Canon EOS A1 and become Canon’s top-of-the-line APS-format sensor model). There’s also talk of an all-new entry level DSLR which will come in under the Canon EOS 100D.

Over at Nikon, more details are emerging regarding the D4S, which Nikon announced as ‘coming soon’ at CES in January. There’s a Nikon press conference on February 11, just prior to CP+, at which it is expected the aforesaid D4S will be presented to the world. 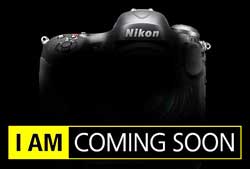 Meanwhile at Sony it’s all about mirrorless interchangeables. On February 12 Sony will announce new cameras, one of which is anticipated to be replacement for the NEX6/NEX 7, presumably to be called an ‘Alpha something’, as the NEX branding has been nixed.

Less likely (some of the rumour websites give their rumours a rating from 1 – ‘probably fake’ to 5 ‘almost certainly true’) is a new RX range high end compact, and maybe another full-frame E-Mount model (a la the Sony A7).  But putting out a new full frame mirrorless model so soon after the A7 and A7r doesn’t make a lot of sense. Maybe later in the year?