Professional and amateur photographers around the world are invited to enter The Epson
International Pano Awards to compete for approximately $40,000 in cash and prizes.

The Epson International Pano Awards, now in its fifth year, recognises excellence in the art of panoramic photography. Early-bird entries are open now until July 13. Entry fees are from $18 to $22 with discounts for multiple entries.

Advances in digital photography and editing software has resulted in a surge in the popularity of image stitching, especially in the panoramic format. Panoramic film photography also remains alive and well.

‘Without a doubt this world-class photographic competition represents an ever increasing standard of quality in both image capture and print. Each year we are seeing more and more captivating entries and the outstanding quality continues to impress me,’ said Craig Heckenberg, manager, Business Solutions Division, Epson Australia.

‘Epson is very proud to continue our support of this global competition and we look forward to seeing this year’s winners,’ said Craig.

The 2014 competition is open to all professional and amateur photographers with a combined pool of cash and prizes of approximately US$40,000. 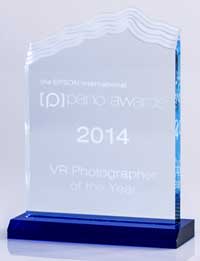 – shiny trophies for the overall winners!
– modified judging; 5 judges on each panel (Open, Amateur and VR/360…15 judges total) will each
score every image in the competition they are judging;
– many new faces on the judging panel this year;
– a revised score range for Bronze Award level, now 75-79 (up from 70-79)…making it more exclusive;
– film capture images to be judged independently from digital captures;
– a more functional and attractive ‘results logo’ to share your results;
– video slideshows of the top 50 in each category;
– a new ‘Highest Scoring Aerial’ award in the Open competition in addition to the highest scoring IAPP member, IVRPA member, Gigapixel, Spherical, Film capture and Best HDR.