Pen E-PL7 all about the selfie

Olympus Imaging Australia has announced the launch of the new premium Pen E-PL7, the first Pen-series camera to be announced since May 2013. 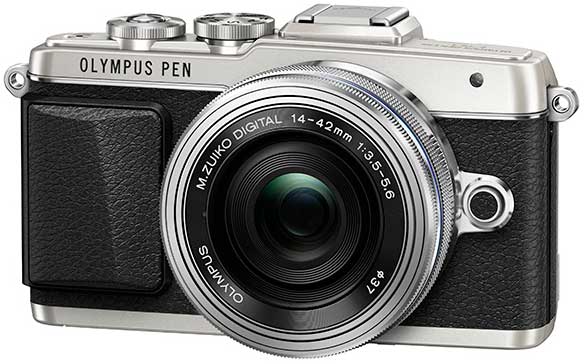 Olympus is presenting the E-PL7 as a camera for the ‘active, social photo-sharing photographer with its unique ‘touch’ selfie-photo and video oriented features, with sophisticated integration with the smartphone for camera control and sharing.’

While it shares many features with the E-PL5, the new camera has a high-resolution touch-sensitive LCD screen. For selfies, the screen flips downwards to provide an unobstructed 180-degree reversed view and touch-panel access. A special touch-selfie interface with selfie-optimised camera control automatically activates.

But the selfie-obsession doesn’t stop there: With the kit M.Zuiko 14-42mm EZ lens attached, the lens automatically zooms to its widest angle when the screen is flipped down for selfies. The E-PL7’s intelligent auto-exposure system has even been optimised for perfect selfie exposures across a wide range of lighting and scenic conditions. Camera roll movement due to one-handed operation is perfectly counteracted with Olympus’ 3-Axis IS system. (Most cameras utilise the 2-Axis IS that only compensates for pitch and yaw movement).

Olympus claims the Pen E-PL7 has strong smartphone integration and control via the Olympus Image Share (OI.Share) app. ‘Setting up a wi-fi smartphone link for the first time is quick and painless using OI.Share’s QR code based system that works with all iOS and Android phones.’

OI.Share enables LiveView touch-screen control of the E-PL7 from a phone. Tap the LiveView screen on the phone and the PEN instantly focuses and shoots. Remote shooting is possiblle from up to 10 metres away. The zoom of the M.Zuiko 14-42mm lens can also be controlled from a phone ‘or watch the picture developing on your phone when taking long exposures.’

A Photo Story shooting mode with live-view multi-picture templates is among its range of modes and (14) art filters.

The PEN E-PL7 shoots at up to eight frames per second and its top shutter speed of 1/4000th of a second.

The new camera will be offered in black and silver. Accessories include leather body jackets in black, brown and light brown with matching lens covers that can be tethered to the camera or jacket. A special underwater housing, the PT-EP12 will also be available, along with the UFL-3 underwater flash.