When the full-frame Nikon D600 SLR was launched back in 2012 it garnered many positive reviews, but out in the field, photographers have been persistently reporting the camera’s performance is marred by dust on the sensor. 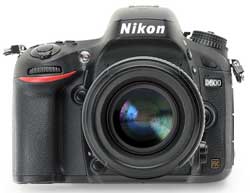 What was first described by Nikon a ‘rare case’ of natural accumulated dust requiring a basic sensor clean has become a bugbear for Nikon and a large number of D600 owners.

While a complaint here and there would be within tolerance, given professional photographers’ high expectations, when one of world’s largest camera rental companies identifies a persistent problem across its entire ‘fleet’ of D600s, it’s difficult to avoid the suspicion that the model has ‘issues’.

‘The dust kept reappearing with every rental, and more impressively – it was generally in the same location (upper left 1/3 of the image)’, wrote Roger Cicala, principal of US business Lensrental.com back in 2012. ‘That did get our attention, so we started looking into the matter a bit’.

Mr Cicala was shooting at f16 with contrast and exposure ramped up. He observed that the D600′s shutter curtain is slightly larger than other models, and suggested the shutter movement may be pulling dust onto the sensor.

Many photographers noted a manual cleaning didn’t eliminate the problem, so naturally sending it off to the local Nikon service centre to either get a service or replacement sensor was the next step.

‘I have had the same sensor dust problem with my new D600. I have been going back to the camera store and they have exchanged it with a new one four times so far. Each time, I have had sensor dust problem in various locations (but mostly on the upper left hand corner),’ a disgruntled shooter noted on photography website, PetaPixel. ‘I understand cleaning the sensor is expected from time to time; but, not so frequently and not for a brand new camera!’

According to the Amazon-owned DPreview, continuous servicing has exhausted Nikon, which has begun replacing dust-ridden D600s with D610s, ‘on a case-by-case basis’ (as reported by photographers in the US and Europe).

This could be a case of Nikon accepting that the issue is not as simple as replacing the sensor and/or servicing the camera. It could also be too expensive in technicians’ hours to fix the problem time and again. Characteristically, Nikon has remained quiet despite the online vitriol.

Photo Counter’s new sister website Pro Counter has asked Nikon Australia whether any Australian customers have had the problem, and the local process for dealing with it, but has had no response. There is a product advisory on Nikon USA website regarding the dust issue, but not on the Nikon Australia website.

Nikon-Rumors.com has kept a close watch on the issue, noting the falling price of the camera and publishing survey results that suggest 67 percent of the 6193 D600 owners who responded experienced ‘dust/oil/spots issues’.

While it would be shocking if a full two-thirds of D600s were lemons, it’s worth noting this does not pass as solid evidence. The survey was overly-simplistic and directed toward critics of Nikon. Anyone could put in any response without entering a serial number as proof of purchase.

Nonetheless, there’s more than enough noise from reviewers and bloggers doing tests and posting the results online to suggest that there’s is a real and persistent problem with the D600. Nikon’s launch of the near-clone D610 late last year concedes as much.

‘Right out of the box, after taking the very first picture, I could see several dust spots, but as my time-lapse series progressed, I could see more and more spots appearing on the sensor,’ wrote Mr Clements. ‘Keep in mind that I am not changing lenses; all this dust is coming from inside the camera.’

Mr Clements said after about 3000 shots were taken, the dust/oil/specks issue eased off significantly.

But a plethora of angry commentators, curious bloggers running tests and continuous publicity in the specialist media, combined with Nikon’s decision to replace at least some of the faulty D600s with D610s, begs the question why Nikon has avoided addressing the issue with a more transparent response.

This incident is reminiscent of a nasty warranty dispute between Canon and NSW photographer Darrell Nash, whose EOS 1DX sensor was exhibiting a somewhat similar problem. Other 1DX owners also complained long and loud about the model. By comparison Nikon has handled the dusty sensor issue more empathetically than Canon, which, even though it had released a service advisory on the 1DX relating to the specific problem, refused to accept any responsibility and ended up in court in dispute with a previously loyal customer.
– Will Shipton, ProCounter