With the Educational Photo Expos program for 2014 now complete, PMA is focussed on its Specialty Industry Conference to be held at the Novotel Manly Pacific Hotel from Friday October 30 to Sunday, November 2.

The event is co-located and organised in co-operation with the Camera House annual general meeting and conference.

‘Through the foresight of the Camera House board and Mark Alderson they have agreed to make their AGM into an industry conference,’ explained Peter Rose, PMA Australia.

‘Earlybird’ registration for the Friday trade show, PMA AGM and Sunday industry conference is $250 for PMA members and $350 for non-members. Supplementary events – the trade show buffet lunch, the cocktail party, the tour of Canon’s Sun Studios and the Gala Dinner attract extra costs.

This is how the hybrid Camera House/PMA event it will work:
‘Camera House will have their trade show on the Friday, which now everyone can be part of. The cocktail party on the Friday night is also all-inclusive, which is great,’ said Peter Rose.

There are around 50 exhibitors booked for the trade show, which has been organised by Camera House. This event, which is an important date in most photo industry suppliers’ calendars, but previously exclusive to Camera House members, is this year open to everyone in the trade.

”There won’t be too many suppliers missing,’ said Mr Rose. ‘In previous years the Camera House trade exhibition has tended to get virtually everyone in the industry along. I don’t know any supplier who is not going.’

He said there would be exclusive ‘show specials’ from the exhibitors’ stands, which would help amortise the cost of attendance.

‘Then on the Saturday, Camera House will go off and have their conference for their members only, and we’ll have a separate conference for the school photographers (PSPA). We’ll also have the tour of Sun Studios during the afternoon, which is really interesting and worth seeing.

‘On the Saturday night everyone is able to attend the industry dinner, and then on the Sunday everyone comes together for the conference.

‘What we’ve tried to do is put together an all-inclusive conference of interest to everyone, and I think we have pulled that off. A lot of it has been put together with input from the various groups so that we were meeting the needs of as many people as we possibly could. We want to get Ted’s people there, Kodak Express, Leading Edge, NARTA people….’ 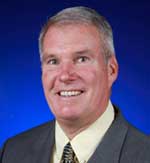 Keynote speakers for the conference are Ed Monahan (pictured right), Kodak Alaris worldwide strategy director, who will speak on ‘Future Trends in Photographic Printing’ and Alex Christianian from Mike’s Camera, the largest independent photographic dealer in the Rocky Mountain region of the US. He will address the challenge of successfully combining hardware and services in the same retail outlet.

Bill McCurry, consummate presenter and a regular visitor from the US, will share the floor with John Swainston to identify opportunities in specialty retailing.