Head lice a cure for selfies?

Who would have thunk it? Selfies are not only nauseating, they give you head lice as well, according to ‘Californian lice expert’ (really?) Marcy McQuillan.

She is apparently seeing a lot more head lice among teenagers in her San Fransisco head lice clinic, ‘Nitless Noggins’

‘I’ve seen a huge increase of lice in teens this year. Typically it’s younger children I treat, because they’re at higher risk for head-to-head contact. But now, teens are sticking their heads together every day to take cell phone pics,’ she told a San Fransisco new website, sfist.com.

She asks every teen she treats if they take selfies and, the vast majority say they take them every day.

Although selfies have been a blight on the world these past couple of years, it’s an ill wind…Ms McQuillan says busiess has gone up tenfold. 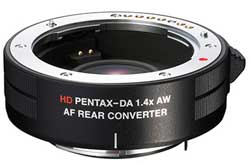 CR Kennedy has just announced local availability of the HD Pentax DA AF 1.4x AW rear converter for Pentax K-mount lenses, which will have a local RRP of $699.

The converter extends a lens’ focal length by 40 percent. It has been engineered to maintain autofocus functionality while working seamlessly with both camera-driven as well as lens-driven AF systems. Composed of four elements in three groups, it incorporates the Pentax-developed HD multi-layer coating, which is designed to minimise internal reflectance while optimise light transmittance, even under adverse backlit conditions. Three airtight seals make it usable with Pentax weather-resistant, dustproof DSLRs and lenses.

Sensor manufacturer Aptina has announced the AR2520HS, a 25-megapixel/4K video chip which all the smartest smartphones will be carrying later this year and in 2015. It’s a 1/2-inch format sensor – slightly larger than the 1/2.3-inch common to most digital compact cameras – which increases the light capture area by 88 percent over ‘traditional’ 1/3-inch mobile image sensors. It can capture in HDR mode.

What’s wrong with this picture?

We noticed that microstock agency Shutterstock, a current darling of the New York Stock Exchange, issued a press release this week bragging that it had paid out US$200 million in royalties to photographers since 2003. Which seems pretty impressive until a glance at its financial results tells you that it had US$235 million in revenue in 2013 alone (US$400 million in 2012 and 2013), and made a cool US$53 million before tax.

If you make less that $75 in a month as a contributor you don’t get paid that month. If you decide that the whole things is a stinkin’ rip off, resign and get your images back, you forfeit your royalties altogether.

‘This milestone is testament to the quality of content being created by Shutterstock’s contributors,’ said Shutterstock’s VP Content Scott Braut. ‘Businesses of all sizes need images and we’re proud to provide opportunities for photographers, illustrators and videographers to earn money licensing their work through our marketplace.’ Perhaps he should have added the work ‘pocket’ before the word ‘money’.

US store closures
Sony Electronics has announced that it is closing 20 of its 31 US retail stores and laying off 1000 employees.

The job cuts are part of a broader strategy to cut 5000 jobs globally, offload the TV division, and get out of the PC business, according to Forbes.com

Meanwhile, Radio Shack will close around 1100 stores in the US, nearly 20 percent of its locations. The move will leave more than 4000 stores, including about 900 franchise locations. Radio Shack has one of the largest stables of outlets in US.

US office supplies retailer Staples has also announced it would close 225 stores by 2015, some 10 percent of its outlets, with half of its sales now online. It closed 46 stores in 2013.