The first in a series of Business Growth Workshops, combining the talents and expertise of two PMA supporters and trusted advisors, Darren Vowles and Peter Budd, this one-day workshop has been especially put together as an initiative to help businesses achieve success, with topics covering all aspects of Digital Marketing and on how to Build Yourself a Better Business. See flyer for full details.

Combining the talents and expertise of two PMA supporters and trusted advisors, Darren Vowles and Peter Budd, this is the first workshop in Melbourne – with the goal to run in every Australian state and in regional areas.

Attend both workshops to save 20 percent! PLUS receive a FREE one-hour online marketing audit from Darren and a FREE one-hour session on business transformation or planning issues via Skype from Peter. 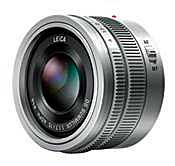 (A quick squizz at US pricing indicates keen local GH-4 prospects will have no reason to spend their money with the likes of B&H and Adorama. Onya Panasonic.)

The GH4 will be available in the following kits, all scheduled for release in early May:
Body only – $1999;
Single kit with 12-35mm f2.8 lens – $2999;
Body with Interface Unit for professional workflow – $3999;
Interface Unit for professional workflow – $2649.
Panasonic also unveiled the Micro Four Thirds Leica DG Summilux 15mm f1.7 ASPH lens, which covers a focal length equivalent to 30mm on a 35mm camera. It will be available in Australia in June in both black and silver, priced at $799.

But Photo Counter, you might ask, what exactly is an ‘Interface Unit for professional workflow’? Fortunately, we have the answer. In short, it’s a bunch of bits and pieces for shooting video. In long, the Lumix DMW-YAGH Interface Unit has 2 monaural XLR inputs for line or condenser microphones, with independent volume control of the left and right channels. There is also an audio level display monitor and +48V of phantom power for each channel.

But wait, there’s more: It also has four BNC connectors – two 3G-SDI capable and two HD-SDI capable. It outputs quad-link SDI 4K video in 4:2:2 10-bit, dual-link 4:2:2 10-bit 1080p up to 60 fps, or four simultaneous 1080p streams up to 30 fps – all with timecode. The Interface Unit also has a BNC connector for timecode input, and converts the GH4’s micro HDMI output to a full-sized HDMI output. For power, a 4-pin XLR 12VDC input is available.

Mr McPherson has had a long, successful career in the pro and educational arena, having previously run that division for Ted’s Cameras and Foto Riesel. He will share responsibility in the division with Robert Bartone, who works from the Melbourne Office.

Wayne McPherson can be contacted via email at: wayne@digidirect.com.au

It’s coming – so is Christmas
Further to our hissy fit last week regarding the non-announcement of the Samsung NX Mini in Australia, we have had the following illuminating statement from The World’s Largest CE Company:

‘Samsung Electronics Australia is excited about the global announcement of the NX mini  camera this week. We can confirm that this product will be released in Australia and will share more information around local availability and pricing closer to launch.’

It’s on the Adorama website at US$449 with 9mm pancake lens. Availability mid-April.