The IPI board of directors has named Ron Mohney as IPI’s executive director, replacing the long-serving Brent Bowyer. 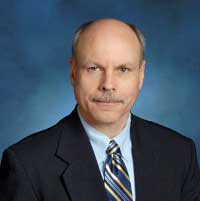 According to the IPI announcement, Mr Bowyer has ‘resigned to pursue other opportunities.’ He assumed the role of executive director of IPI in 2002 after serving on its Board of Directors and as an officer beginning in 1995.

Ron Mohney (pictured right) has served as director of Supplying Partner operations at IPI since 2010 and will continue in that role in addition to the new one as executive director.

‘The Board wishes to thank Brent for his many years of dedicated service and we wish him well in his new pursuits. We are very confident that IPI’s exceptional staff has the vision, passion and determination to execute at the high level our members expect as IPI builds on and extends our past successes,’ said IPI chairman, Larry Steiner.

In addition, IPI announced that current Board member Neil Hoversten will continue on beyond the expiration of his board term at the end of May 2014 as IPI’s Key Supply Partner Advocate.

‘Having had a sneak peek at revolutionary program additions that will be announced at our upcoming annual conference, IPIC, I am excited about the coming innovations that the entire IPI team is developing for the membership. Keeping experience on board while extending member services refreshes and expands our enthusiasm for the IPI mission,’ added Mr Steiner.

Stuart Holmes, managing director of Independent Photo Supplies, IPI’s partner for Australia and New Zealand added: ‘On behalf of IPS I can only add that from a Southern Hemisphere perspective Brent Bowyer will be sorely missed as it was through his proactive energy that the IPI Group reached out to the wider world of photo specialty retailers in Australia and New Zealand and embraced and celebrated different cultures from the Northern to Southern Hemisphere with great empathy, consideration and gusto!

‘However like all great organisations the IPI Marketing Group is bigger than just one person, and whilst Brent will be long remembered as a great founder and developer of an Expert Marketing Group there are many fine people in place on the IPI Board and within the general membership of the group to progress and improve on that original plan.

‘I would personally encourage all photo specialty store owners and managers in Australia and New Zealand to do something very worthwhile for their businesses by joining the IPI marketing group and attending the upcoming IPIC 2014 Conference on June 23 to 26 to be part of something larger than just yourselves,’ he added.