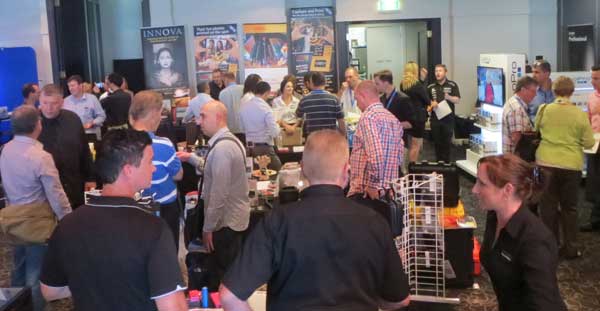 The Camera House and Specialist Industry Conference commenced on Friday, October 31 at the Novotel Sydney Manly Pacific with a trade fair open to the entire photographic specialty industry.with 27 suppliers exhibiting. 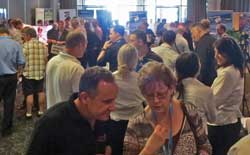 The Camera House Annual General Meeting opened on Saturday morning where the chairman of directors advised the shareholders of Raleru Limited and members of Camera House the trading results for the financial year concluding June 2014. The group’s purchases with our preferred suppliers grew by 11 percent against the industry average of a decline over the previous year.

The holding company of the Camera House brand, Raleru Limited, through its trading was able to return to our members approximately $1 million of additional rebates over and above that of the suppliers’ standard trading terms, which was paid in the way of Super Warehouse and other rebates and share dividends.

Mr Miller announced to the shareholders and members that the company had budgeted for growth again next year, and was confident of the market ahead and believed that this Christmas will continue to bring about strong consumer demand. Camera House and the specialty market is well positioned through its product ranging to recapture and even grow their market share. The trading results for the current year for the holding company shows positive growth over last year.

The group received a keynote address from Bill McCurry (sponsored by ProMaster USA) on the traits and characteristics of leading specialty retailers from around the world, and what has made them secure in their future in a highly volatile digital imaging market.

Mr McCurry advised the group that consumers require a specialty retailer to provide a large range of accessories and requirements that can further enhance the capture devices that deliver the results.

The second keynote address in the afternoon was presented by Alex Christianian from Mike’s Cameras (based in Colarado) who discussed the effectiveness of a low cost, efficient salesman – one that never calls in sick and always greets and provides the customer with the branded message that the consumer expects to see in today’s retail market.

The focus of Alex’s address was to ensure that the Camera House retailers were aware that the in-store signage and the external marketing that we do need to be consistent and convey a clear message to the consumer advising them of what they will receive by shopping at your store. It covered all aspects from staff training to positioning point of sale and the use of the retail store to correctly promote and encourage photography.

I would advise any retailer that if this presentation is available again to attend. Alex Christianian runs a multiple retail outlet chain and is a director of ProMaster USA, and was also brought to Australia by ProMaster to assist the Australian retail market grow for the future and take their learnings that has turned them around to give them a simpler path for maintaining relevance.

The Sunday commenced with the joint Specialty Industry Conference with PMA and Camera House, which was well attended throughout the day, and the majority of Camera House Members at the meeting appreciated and found value in what was being presented.
– Paul Shearer, Raleru Ltd

Footnote: We went back to Mr Shearer to enquire about the performance of the ProMaster brand in its first full year as part of the Camera House retailing model. This is his repsonse:

Unfortunately I don’t like to discuss publicly any of the divisions or agencies in isolation of each other when I report on the company, as each of the companies we represent through our total sales turnover out of Raleru last year is important to us and all goes towards assisting in providing a trading result for the company.

ProMaster is one of these divisions that provided the Australian consumer with a vast range of products under one brand and provided Camera House and other selected retailers around the country with a different range and offering than that of our competitors and therefore provided a point of difference for those stores associated with the brand ProMaster. In this light ProMaster has exceeded and in fact over exceeded our expectations and the acceptance by the Australian consumer has been well taken up. We look forward to continuing the brand throughout 2015 whilst also ranging and supporting competitive products from numerous manufacturers to again provide a wider range and choice for the Australian consumer shopping at photo specialty retailers.