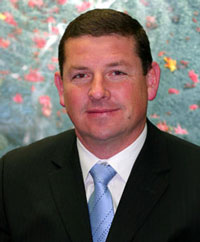 Mr Ryan will finish on April 26, after seven years with the company.

‘After nearly seven years with Canon, Darren feels the time is right for a change and is comfortable to take some time out to consider the future,’ said Jason McLean, director,  Canon Australia Consumer Imaging.

‘Darren’s characteristic focus, dedication and passion have left an indelible mark on Canon and he will leave us with a great legacy for future growth and achievement.’

Highlights of Darren’s achievements include the award-winning World of EOS consumer website and marketing program and the ‘Why Print When You Can PIXMA’ campaign for the company’s inkjet printer brand.

He was also at the helm of marketing when Canon ventured into direct online sales, and played a role in the market leader’s endeavours to reduce the price differential between Canon cameras from local retailers and from online offshore sources.

‘…Darren has helped establish a strong platform for the future, and over the next couple of months we’ll be looking for the right person to take over the reins and continue on the clear path we have set,’ added Mr McLean.

Recruitment is underway for Darren Ryan’s replacement, he added.