Canon has announced new Ixus and PowerShot models slated for local release in March and April. 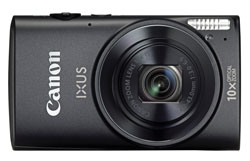 The 10x Ixus 255 HS (right) and slimline Ixus 135 (8x) are both WiFi enabled, as is becoming a standard feature on many 2013 releases. They feature a new Eco mode, which helps users continue shooting for longer by conserving battery life.

The Ixus 255 HS will be available in black or silver. It has a 12-megapixel CMOS sensor matched to the 10x zoom, 24mm ultra-wide lens. It also has a 3-inch PureColor II G LCD screen with 460k dot resolution and a Smart Auto mode with 58 pre-set scenes.

Other features include a new Hybrid Auto mode that uses Smart Auto with Scene Detection technology for shooting stills with optimal settings, and also captures up to four seconds of movie footage prior to the shutter being released. 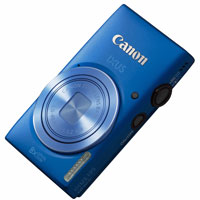 The two Ixus cameras are due to go on sale from March while the PowerShot A2500 has an April release locally.