In recent weeks both Canon and Nikon have made announcements revising down interchangeable lens camera sales. 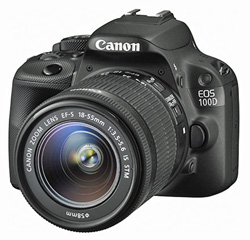 Canon has cut its operating profit outlook for the second quarter in a row, with a warning that its digital SLR (and mirrorless interchangeable) sales will fall this year for the first time since their introduction in 2003.

‘Until recently, interchangeable-lens sales’ growth was close to double figures even when the economy was bad. But now people are postponing consumption of luxury items such as cameras,’ said Canon’s chief financial officer, Toshizo Tanaka, during a briefing in Tokyo in late October, adding that consumers had become more sensitive to price.

The Canon stock price has fallen 6.3 percent this year, compared to a nearly 40 percent rise in the Nikkei index. 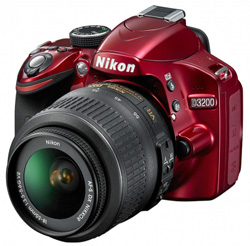 Nikon Corp has likewise cut its full-year unit sales forecast for interchangeables for the second quarter in a row. Nikon shares have fallen 29 percent this year.

It cut its unit sales projection for interchangeable lens cameras to 6.2 million from a previous forecast of 6.55 million. Once again, this will be the first fall in sales for Nikon digital SLRs since it entered the market.

Sony also reported a fall of 6.9 percent in the dollar value of its camera business – a result which would have been worse without the benefit of a favorable exchange rate. Interestingly, Sony has identified interchangeable lens cameras as its solution to falling sales of compacts, nominating its new high-end interchangeable cameras and the QX ‘lens camera’ for smartphones as its path to recovery.

A story in the WSJ (which was somewhat spuriously trying to argue that smartphones were cutting into DSLR sales) also stated that accessory lens-maker Tamron had experienced a 22 percent drop in unit sales. However, in Tamron’s last financial report, from Jan- Sept 2013, it’s sales in dollar terms were up by over two billion yen.

CIPA figures for lens shipments from Japanese manufacturers from Jan-Sept are at 86 percent 2012 levels for the same period in unit terms, but 107 percent in monetary (yen) terms.

NEXT WEEK: The Australian scene – how are we travelling locally?