Big gun from Tamron...Adobe customers easy prey…Photo Finale at home or in-store…Press photographers disappearing in US

Japanese lens manufacturer Tamron has officially announced that it is ‘working on’ a 150-600mm f5-6.3 ultra-telephoto zoom lens that will replace the company’s current 200-500mm lens and become the longest focal length zoom in its lineup.

The lens also features Tamron’s Ultrasonic Silent Drive (USD) motor and will come in Canon, Nikon and Sony mounts, for both full-frame and APS-C cameras (where it will deliver a 233-930mm focal length!)

No release date as been set.

Adobe customers easy prey
For a company that wants all it customers to rent its software over the internet, Adobe seems a bit too relaxed about their security, with an initial report that 2.9 million user accounts had possibly been hacked revised up to 38 million by Adobe in late October.

It’s now up to 150 million, according to internet security experts Sophos, which reported that ‘a huge dump of the offending customer database was recently published online, weighing in at 4GB compressed, or just a shade under 10GB uncompressed, listing not just 38,000,000 breached records, but 150,000,000 of them.

‘As breaches go, you may very well see this one in the book of Guinness World Records next year, which would make it astonishing enough on its own.’

Sophos goes on to explain the cryptographic blunders Adobe made to enable the giant security breach.

Adobe has form when it comes to protecting customers’ security, and Steve Jobs named its Flash tool as the main security flaw in Mac computers. Adobe’s software is a prime target, cyber security experts say, because its core code is old and weak by today’s standards, and updates and patches that are built on top of that code can’t make up for its inherent flaws.

Photo Finale at home and in-store 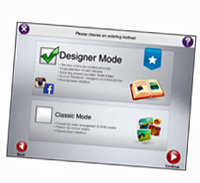 Photo Finale is now able to be loaded on Lucidiom kiosks so that customers can start a project at home and finish it in store and vice versa, reports local distributor, Photo Direct

At the same time PF@Kiosk Designer Mode enables photo retailers to have a consistent product catalogue between their kiosks and website with just one easy set-up. It also lets retailers take full advantage of Photo Finale’s robust discount and promotions engine.

Press photographers disappearing in US
The American Society of News Editors has reported that, according to a newsroom census, US newspapers are employing 43 percent fewer photographers, videographers and artists than they were in 2000, three times the rate at which journalists are losing their jobs.

In May the Chicago Sun-Times sacked its 20 press photographers and is attempting to replace them with iPhone wielding journalists and contributors.