Arthur Reed Photos is mourning the death of its founder Arthur Reed, who passed away after a brief illness on September 14. 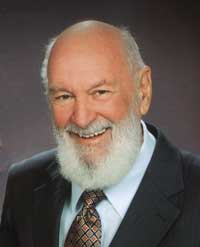 Arthur started his photographic career in the mid-1950s, initially working for Don Roydhouse’s Camera House in central Geelong. In his spare time he would ride his motorised pushbike from Torquay to Geelong to photograph balls at the Palais and then ride home to develop prints which he sold.

He set up his first business in central Geelong which focused on schools, wedding and portrait photography. As the business grew he moved several times to cater for growth. In the 1970s he formed the Fotop group of companies, which included Photomail, Mercury Press and Geelong Air Travel.

In the late 70s he leased a 2.4 ha island in Fiji and built what still is a very successful tourist resort, Navini Island. Arthur spent the majority of his time developing the Island resort and remained heavily involved as managing director of Arthur Reed Photos.

Arthur is survived by his wife Helen and children Michael, Catherine, Simone, Jenny and their families.
– Mark Thomas