Former IDEA executive director Paul Curtis was in familiar territory at The Digital Show this year  – not a show organiser but as author of A History of Professional Photography in Australia, which was launched at the event. 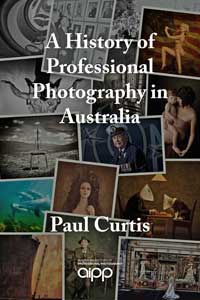 It has been released in association with the AIPP as part of the Institute’s 50th anniversary celebrations. Written by Mr Curtis in a light-hearted and entertaining style, the book covers the period from the taking of the first photographs in Australia to the present day. It tells the story of the influence of the professional photographer associations and the characters involved.

‘Just as the Impressionists, the Heidelberg School and the Brushmen of the Bush discovered the benefits of putting aside competition in favour of sharing knowledge and experience, so it has been with the AIPP,’ explained Mr Curtis. ‘The Institute is the creative hub that has ensured the level of Australian professional photography artistry is amongst the highest in the world.’

Leading photographer and catalyst for the project, Richard Bennett commented, ‘If a picture is worth a thousand words, Paul’s tome would amount to a very big stack of 8x10s!’

The 222-page soft cover book features 40 pages of colour illustrations and includes a listing of Australia’s ‘Top 10 Iconic Photos’. RRP is $38.50. Stockist, or other enquiries, should be directed to Paul Curtis at paul@paulcurtis.com.au.