The Digital Show this year will provide the stage for Australian ‘premiers’ of new photographic and printing equipment, new distributorships and developments within existing distributorships. 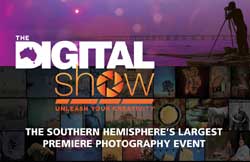 Judging from the buzz generated last year by the new Olympus OM-D EM5, the second generation of the OM-D line announced just yesterday, the OM-D EM1, should prove a hit. (You will have to ask Olympus’ marketing maestros why the ‘1’ model comes after the ‘5’, or why we couldn’t simply have the OMD-1, OM-D-2, etc.)

According to Olympus, the EM5 has established itself as the clear market leader in the mirrorless interchangeable category and the younger sibling should continue to attract fans. Margaret Brown, who reviews every major camera release for Photo Review magazine, gives this model the thumbs up. 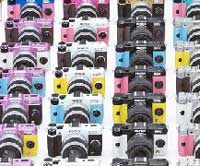 Another new release mirrorless interchangeable is the Pentax Q7, the ‘smallest, lightest interchangeable lens system in the world’. It’s housed in the same body as the Q10, but has a larger area 1/1.7-inch back-illuminated CMOS image sensor. The Pentax Q mount will accept the many Pentax K-Mount lenses in circulation via a lens adaptor.

While compact size distinguishes the Q7, it’s the range of colours the camera is available in which will really turn heads at the show. There’s a customisable range of more than 120 colour combinations for the device when ordered online. Consumers will be able to select their desired colours for the camera body and contrasting textured grips, with the customised model shipping in three to four weeks. Black, silver and black and yellow and black models will be available in retail stores. 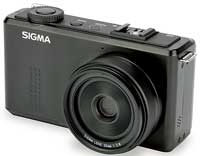 Camera geeks will also seek out the high-performance but relatively obscure Sigma Merrill cameras on the CR Kennedy stand, which use unique Foveon sensor technology for outstanding, high-end DSLR-like results.

Nikon and Canon will of course be presenting their latest and greatest,but consumers wanting to handle the new Panasonic GX7 or any of the interesting new models from Sony or Samsung will be disappointed in those company’s decisions not to play in The Digital Show sandpit.

Leica, however, will be there, and also has a brand new model in the Leica C, though most attendees will be lusting after the latest Leica M and S system cameras and lenses. The inclusion of Leica definitely increases the shows consumer pull and makes up for some of the conspicuous absences noted above.

An interesting new exhibitor is Michaels, which continues the current trend towards the blurring of the lines between distributors and retailers. Michaels has been bringing in the Op/Tech range of ergonomic camera straps and pouches for several years, but has now come out of the closet by taking a stand at The Digital Show.

Accessory specialist Maxwell International has taken an extra stand to highlight its new and super-top-secret distributorship for DxO Labs, which we have just revealed (oops) exclusively to Photo Counter readers. Among other things, DxO produces a range of software products for enthusiasts and pros such as DxO Optics Pro which tamps down noise, optimises exposure and contrast, enhance colours, and boost details in images.

Fellow accessory specialist Adeal will also be making a major announcement on Friday morning on its stand regarding a new product line. I could tell you more, but then I’d have to kill myself. Drop by the stand and I’m sure the friendly Adeal team will be delighted to fill you in.

On the printing front, its a dry argument these days. Fujifilm will debut the compact (430x460mm) Frontier S, a new take on in-store inkjet printing. Somewhat like dye transfer systems which ‘daisy-chain’ several printers to increase throughput and range, the Frontier-S system can include up to four inkjet printers. 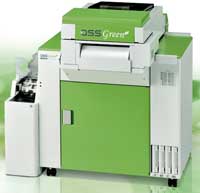 Designed with an automatic duplex printing function, the QSS Green makes double-sided value-added products such as photo books and greeting cards, as well as a normal digital camera prints. While the adjustable platen gap, enables it to process normal paper, cast coat paper, and many other kinds of sheet paper. 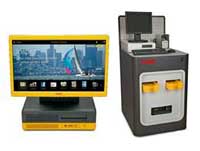 t will also show the latest Kodak Picture Kiosk G4XL II with streamlined Wi-Fi connectivity to print from Apple and Android smartphones and tablets, and direct access to Facebook and Instagram sites.

IPS will also be launching the longed-for Dakis Mobile Print Solution for retailers. Even better news is that this is a free upgrade for Dakis clients. It’s a Web app accessible directly on the retailers’ websites – no software to download. With built-in automatic mobile and tablet detection, consumers are redirected to the Mobile Print WebAPP. And they can even order and pay directly from their devices. 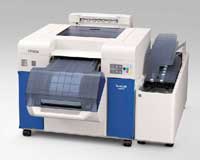 Epson will putting the SureLab dry minilab through its paces, and is much further advanced in terms of building an installed base than it was at last year’s event. Epson will have a working ‘print and share kiosk’ which I will be interested to learn more about, as well as their range of photo retailer-friendly Epson wide-format printers.

It’s interesting to note that this year there will be two Melbourne-based photo educators taking stands – Photographic Studies College and Photoimage Photography College, probably reflecting the increasingly enthusiast-oriented nature of the event. 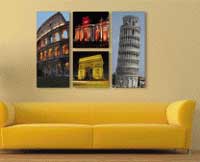 The final few exhibitors worthy of mention, mainly because they offer something a little different are: Photo Sentinel  – a solar-powered, weatherproof time lapse unit which integrates with DSLRs – CCTV on steroids, sort of; Scubapix which will be showing a range of underwater housings and accessories for DSLRs, ILCs and compact cameras, and Nova Sublimation, which produces ChromaLuxe HD metal photo panels. The ChromaLuxe product is simply stunning.

There is a plethora of exhibitors offering everything from insurance to large format camera backs to pro photographers. Be sure to drop by and say Hi to the Frank brothers over from WA on the Camera Electronic stand (Hoodman accessories, Cullman tripods, etc). Any pro or budding pro will have a great time browsing the narrower aisles and smaller stands at the show.

Pop next door into Art and Framing Show as well. In this converging world, it’s hard to imagine that there won’t be something to generate some ideas among the wares of our colleagues in the framing industry. We even know of one long-time photo show exhibitor, Giclee Media Supplies, (Moab, Inkjet Pro media) which has chosen to set up its stand among the framers this year. Maybe by next year there won’t be any division at all between the two events.