Nikon has announced October 18 availability of the full-frame D610, an upgrade to the popular D600 with  6fps, as opposed to 5fps, continuous shooting. 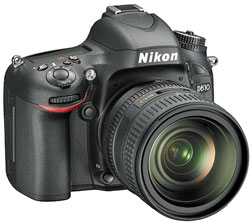 There are few other differences between the two models – an improved white balance control and a quiet continuous shooting mode being perhaps the most notable.

The faster continuous shooting rate is due to a new shutter mechanism. Overseas websites have speculated whether this may be related to rectifying a dust and oil issue which has been noted by owners of the D600 and acknowledged by Nikon. (Sensor cleaning fixes the problem in the D600, and it becomes less of an issue after the camera has been used for a while.)

Pricing has not been supplied, but US body-only price is US$2000. The D600 body carried an RRP of $2499 in Australia when it was released last September.

The camera will appeal to both pro photographers on a budget – perhaps as a spare camera body – and the enthusiast looking to upgrade to full-frame photography.