A Perth man, who happens to be a photographer and photography teacher, has been charged and convicted of disorderly behaviour for taking photographs in a public place without the permission of the subject. 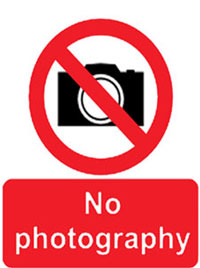 The fuill text of a Facebook posting (since removed) by the photographer’s colleague Julian Tennant follows:

I’ve just left Perth Central Court after sitting through the trial of a photographer friend and colleague, (writes Julian Tennant). He was charged with ‘Disorderly behaviour causing offense by taking photographs without consent’ after an individual objected to him taking photographs, possibly of his girlfriend, without permission whilst out celebrating New Years Eve…

The photographs were taken on my friend’s iPhone and were amongst several captured whilst out celebrating the night. They were taken in a public space and the photographer did not engage in any furtive or dodgy behaviour (ie, no upskirting or similar sneaky attempts to see things that shouldn’t be seen). The CCTV footage tendered to the court merely showed him sitting there snapping away from time to time.

So, as he is doing this, a guy who appears slightly intoxicated and obviously belligerent, confronts Al, grabs his phone and heads off. Al follows and finds the guy handing the phone to some policemen nearby and complaining that Al is taking photographs without asking permission of the subjects in the photos. The police inspect the images and ask if they are his pix and furthermore why he has not sought permission?

Al responds by acknowledging that he took the photographs and points out that as he was in public space he does not need to seek the subject’s consent as their is no right to privacy (from photographs) under Australian law whilst in public and it was quite obvious to all that he was taking photographs, so he has committed no offense.

The policeman obviously disagreed and according to the prosecution statement today, took him into custody ‘for his own protection’ as the guy who took Al’s phone and his mates were obviously upset by Al’s behaviour.

So, he goes to court today and we view the CCTV footage which clearly shows Al sitting down chatting to his mate and every once in a while snapping a photograph. From the footage and by any reasonable measure, there was nothing that would ordinarily be considered ‘disorderly’, furtive or disruptive in how he was behaving. As the magistrate pointed prior to adjourning to consider his verdict, he was of the opinion that there were many more disorderly people in the CCTV footage than Al.

Back in court at 2.15. The magistrate talks about the Surveillance Devices Act and how that does not apply in this instance. Also confirms that under Australian law and within the circumstances of this case, Al did not need to seek the permission of the subject to take their photographs. Nor could they expect not to be photographed. So, no offense committed there.

However… and this is where it becomes scarey for us photographers. Some members of the public did object to him taking photos without permission and one photo in particular, even though he did not try to disguise what he was doing and the subject was quite happy to be in public dressed in the manner that she was. As a result his behaviour did cause offense and so could be considered disorderly, so found guilty as charged.

The magistrate said that he felt that there could be more clarification regarding photography and where the line is drawn… I got the impression that he was suggesting an appeal so that it could be further tested. But on the CHARGE presented to him, ‘disorderly behaviour causing offense’ the prosecution’s case was proven beyond all reasonable doubt. And as an aside, I don’t think Al’s pockets are deep enough to mount an appeal so this precedent stands to be considered in future cases.

So, what does that mean for us photographers? Well, on the face of it, the basis that people don’t have an inherent right to privacy and can be photographed in a public place does not change. HOWEVER, if somebody objects to having a photograph taken and is of the belief that the act of doing so in inappropriate or illegal (regardless of whether it is or not) then the photographer may find themselves in court charged with a ‘one shoe fits all’ type of charge such as disorderly behaviour and as happened in the case today, found guilty.

Think about the implications of that, particularly if you are a street or documentary photographer.

– A spirited discussion on the issue can he found here, including a fuller explanation by the photographer charged with disorderly behaviour on the details of the incident.

– For a comprehensive overview from the Arts Law Centre on the rights of photographers in public places, click here.