Adeal has announced availability of Transcend Wi-Fi SD cards in the Australian marketplace, with 16 and 32GB capacities initially available. 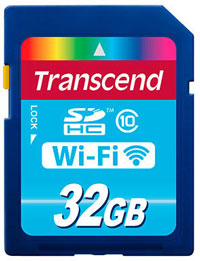 Featuring a Class 10 speed rating, Transcend Wi-Fi SD cards, allowing photos and videos to be streamed to portable devices without the need for cables, card readers or a computer. Each card’s ‘Shoot & View’ feature enables users to capture photos on the camera and view them instantly on the screen of an iOS or Android device.

Once downloaded, any of the popular photo editing apps can be used to manipulate the image immediately before sharing with friends and family. The Wi-Fi SD App’s instant share function lets users upload photos to social networking profiles in just a few steps.