Perth pro dealer Camera Electronic had a full house of over 70, including the German Honorary Consul for Western Australia, for the Perth launch of the new Leica M DSLR last Friday evening, May 10.

General manager of new company Leica Australia, Ryan Williams, and Leica technical specialist Daniel Kennedy were over from Melbourne for the event.

Demonstration units of the Leica M (typ 240) and the 50mm APO Summicron lens, along with other Leica cameras and lenses were on hand for hands-on demonstration.

As well as being a social and PR success, Camera Electronic took deposits and orders for Leica M gear during the evening.

The German flavour was underscored not only by attendance of the German Consul, Torsten Ketelsen, but by the catering:

‘We catered in the German style with a beer garden offering Bratwurst rolls prepared by a German chef right in front of you,’ said Saul Frank, director, Camera Electronic. There was also a selection of German cider, beer, wine and champagne.

Saul Frank noted that due to its iconic status, Leica was beginning to have appeal beyond the traditional market of discerning photographers, to those well-heeled consumers interested in high-end fashion brands.

Camera Electronic has been associated with Leica for over 40 years. Founder Ron Frank was the first West Australian to be invited to the Leica factory in 1995 and his two sons Ron and Saul, as well as other Camera Electronic staff have been over for training and briefings.

Ron Frank’s father originally came over from Germany, escaping the holocaust, and the German heritage lingers.

After some renovation work, Camera Electronic is set to be the second Leica Boutique in Perth, following PRA Imaging, according to Saul Frank.

In addition to serving pro photographers and top-end enthusiasts in Perth, Camera Electronic is also distributor for Hoodman accessories and Cullmann tripods. 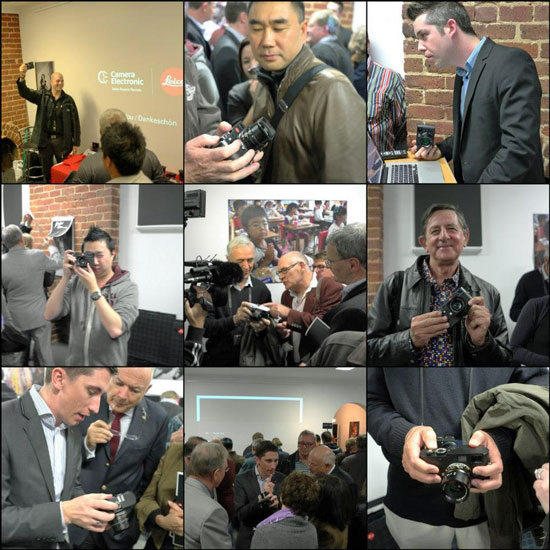