IDEA has ‘raft of promotions’ for show

The Imaging and Digital Entertainment Association – IDEA Australia – has booked ‘a raft of media promotions‘ for The Digital Show, to be held at the Melbourne Exhibition Centre, September 13 – 15. 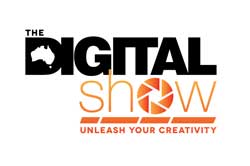 Under the theme ‘Unleash Your Creativity’, The Digital Show reaches out to both professional and consumer photo enthusiasts and is supported by big brand such as Canon, Nikon, Epson, Fujifilm, Olympus, GoPro and Leica. The event covers all aspects of digital imaging starting with lighting, capture, editing and printing.

“So many people are now enjoying high quality digital image capture at every level, we need to reach them at street level and encourage them to come along to The Digital Show where they can learn from speakers and get hands-on with new technologies that expand the digital experience into previously unexplored realms,’ says James Murray, president of IDEA.

The event will be promoted via a campaign including:  40 x radio spots, in a combination of pre-recorded and live interviews; 50 Adshel posters in the week prior to the event in strategic high-traffic Melbourne and South Melbourne locations; 40 tram-side posters on Melbourne city square trams; mobile Cycad scooter ads; together with magazine advertising, website banner links and in-store promotion by major photographic retailers.

‘It’s an action-packed three days,’ said James Murray, ‘and we aim to break all attendance records for what was previously called the Photo & Imaging Show. Along with the very latest imaging technology, there will be a 200-seat theatre with educational presentations for the duration of the show, and attendees can also watch the judging of the Canon AIPP Australian Professional Photography Awards, that will be run during the show and is open to the public.

‘The level of media and outdoor promotion will bring the crowds flocking to the Melbourne Exhibition Centre where they will be amazed at the creative possibilities of the new breed of digital imaging,’ he predicted.