HP out of retail photo printing

HP has confirmed that it is winding down its retail photofinishing business unit, with no new hardware to be released and existing customer contracts not to be renewed. 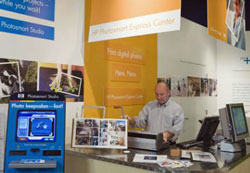 ‘HP will stop further development of new hardware in its Retail Publishing Solutions (RPS) business but will continue to support existing contracts with its customers with new software and photo creative merchandise products designed to help retailers grow their business,’ said HP Australia spokesperson, Brad Swiney. ‘Some of those [contracts] extend for a number of years into the future.’

He added that the expiry of some contracts extended out to 2015/16.

‘We will support partners for the life of contracts. It’s unlikely we will renew contracts,’ he said.

The withdrawal from retail photo publishing seems to centre on profitability. ‘This decision supports our focus on driving profitable growth through streamlining operations, removing complexity and gaining efficiencies to enable greater investments in R&D and other growth driving priorities.’

Mr Swiney said HP will now be focusing on three key areas in its printing businesses: graphic solutions; ‘Ink in the office’; and managed services.

There are around 300 HP retail printing installations around the country, with KMart and Ted’s Cameras accounting for around 200, around 50 installations in Camera House stores, a few in Retravisoin stores and the rest with other independent photo specialist retailers.

The bulk of the customer relationships with independent photo specialists are handled by HP’s channel partner, Photo Direct.

‘I am supremely confident that we can continue to supply paper and ink for many years into the future,’ said Photo Direct managing director, Steuart Meers. ‘HP makes money out of ink and media!

‘We will continue to do everything we can for our customers. From our point of view, there is no change.’

Brad Swiney said that HP would continue to support service, spare parts and software upgrades ‘for the foreseeable future’. Consummables support will continue under contract, with ‘no time period currently set for depletion of supplies and support after contracts expire.’

HP entered the dry minilab business with a flourish in 2009. It had the first full system which integrated fast inkjet printing with other printing mediums such as colour laser and wide-format, book-finishing accessories and easy-to-use kiosk software.

It also boasts Walmart in the US and Tesco in the UK as customers.

The lack of any new hardware, lack of participation in the annual photo equipment exhibition and a somewhat delayed software upgrade at the end of last year were early indications that  the company had lost interest in continuing to develop the new business. However, until now it has not formally acknowledged its decision to leave the business, after little more than three years.

COMMENT: HP’s ability or will to continue supplying timely and affordable software upgrades into what is now a developmental cul de sac for the company looks like the critical point here. Photo Direct seems to be well-regarded by its customers and no doubt it will continue to do everything it can for its them, as Steuart Meers says.

But there’s another factor. In product life terms, the whole HP retail printing business is at its end, at which point the marketing text books say you take as much out and put as little in as possible. It’s a cash cow. Given the circumstances, it would be nice to think the text books could be put aside.