HP Snapfish is closing down in India, as well as Belgium, Spain and The Netherlands.

According to Don Franz’ Photo Imaging News International, HP is closing down its Snapfish businesses in these countries to focus on ‘core markets’. (Presumably the other dozen or so countries in which Snapfish has a presence!)

The service in India was launched during 2007 as a retail digital printing service and will close next month.

Snapfish was started in the US 1999 and acquired by HP in 2005 for US$300 million. It opened in Australia in late 2006 and unfortunately it seems Australia and New Zealand remain in its core markets group. 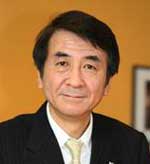 CiSRA, the Australian research and development centre for Canon, has announced the appointment of a new managing director, Mr Keiji Ishizuka (pictured right).

Mr Ishizuka is a long-time employee of Canon having joined the company in Japan in 1984 and has deep experience in the field of research and product development.

‘I’m very pleased to be appointed as the new Managing Director of CiSRA,’ said Mr Ishizuka.

‘We have great confidence in the skills and expertise of our Australian researchers and we will endeavour to continue to nurture young Australian engineers through our internship and scholarship programs,’ he continued.

CISRA has recently been working on developments in the field of medical imaging, robotics and network video technologies.

Amateurs’ news pics offered at $20 per shot
CrowdMedia, a Montreal-based startup, is selling images sourced from Twitter to news organisations for $20 a pop.

CrowdMedia uses a combination of an algorithm and a manual process to analyse more than 100 million images shared everyday via Twitter. The company identifies the .03 percent which could be sellable, asks the creators if they want to make the images available to news organisations, has them fill out a simple form, and agree to split profits 50-50. Images are uploaded to the CrowdMedia platform and offered for around $20.