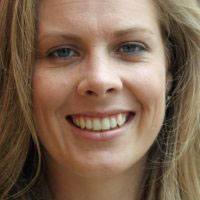 Another ex-DCW staffer, Alan Creed, who had a marketing and website role, has also left the retailer and is now a technical journalist SEO with Optus.

Sony Australia is closing the Sony Centre World Square (Sydney CBD) and Drummoyne stores.The last day of trading for both stores will be March 3. The decision follows several years of poor performance by the Sony Centre businesses, operated by Bing Lee.

In a statement sent to the media, Sony said it remained ‘committed to pursuing direct retail avenues and locations that will meet the needs of Sony customers’. Sony said it will focus on an extension of the Sony Vaio ‘kiosk solution’ established in Westfield Chatswood in NSW, ‘which offers shoppers the opportunity to receive a hands-on experience with Sony products in a flexible, high-traffic location.’

It’s been reported by CE website Current, that it’s likely the first kiosk will open in Parramatta Westfield.

While Sony is shutting down retail showcase outlets, there’s a strong rumour, ‘neither confimred nor denied’ by the company, that Canon is about to begin opening them in Australia.

Judgements are beginning to come in on the two current competitors in the new Android camera category. with Samsung’s Galaxy Camera having a clear edge over Nikon’s S800c, which reviewers say offends in the key areas (for an internet-connected camera) of poor battery life and unreliable connectivity.

These two concluding paragraphs from reviews on leading US camera website DPReview are fairly representative:

Sony Galaxy Camera:
Despite being a first generation product the Samsung Galaxy Camera works surprisingly well. The camera interface could be a little sleeker and more responsive and the image quality is average at best but the huge number of available apps, the smoothness of Android 4.1, the excellent screen and the flexible zoom range make up for these flaws. The Galaxy Camera is a great device for those who are planning to make good use of its connectivity features and have US$600 to spend. If apps and data connection are not a priority you can find better image quality and camera control at a cheaper price.

Nikon S800c:
The Nikon S800c is an interesting hybrid of connected mobile device and traditional compact camera. The end result is a capable, but far from inspiring product which offers a lot of potential but not without some frustrations. Battery life is very poor, responsiveness isn’t what we’ve come to expect (Android’s 30 second startup time doesn’t help) and image quality is only so-so.