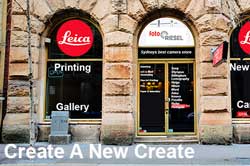 In a first for the photo industry, Foto Riesel is running a crowd-funding campaign for a project to move its photo printing services ‘branch’, Create, to new premises.

The ‘Create a new Create’ project has been prompted because the existing premises are old and the landlord unwilling to bring them up to the standard required.

‘Luckily we have found the ideal place next door! Unfortunately its a rather expensive exercise and one we hadn’t budgeted for, so this is where we need your help,’ Foto Riesel owner John Wallace states in his pitch to potential supporters.

He is seeking $75,000 for moving and refit costs, and to break the old lease and stump up bond on the new premises.

Sponsors will get two dollars back in processing and printing services for every dollar they commit, with larger discounts available to major sponsors.

Foto Riesel is offering sponsorship packages from $25 (‘Bronze’) to $2000 (‘Legend’). With just over three weeks to go the program is a fair way from its goal, but all sponsors will receive their benefits whether the move goes forward or not.

Laforet tours Australia
Pullitzer prize-winning photographer, Vincent Laforet, is coming to Australia for a series of seminars and workshops in Sydney, Melbourne and Brisbane in September.

Laforet is a three-time winner at the prestigious 2010 Cannes Lion International Advertising Festival.

He is a pioneer of shooting video on a DSLR and both tilt-shift and aerial photography, and his work has featured in National Geographic, Vanity Fair, Time, Newsweek, The New York Times Magazine, CNN, and Good Morning America…You get the picture – he’s not too shabby when it comes to taking a picture.

In addition, Nokia’s Smart Camera app ‘is ideal for taking pictures involving people and movement’. Its Best Shot finds the sharpest image from a series of 10; it can also combine several shots of moving people into one image; heighten the appearance of speed by blurring the background; create group shots by choosing the best faces from a series; and remove unwanted objects from pictures. 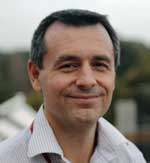 Canon Australia has appointed Paul Stewart to head up the company’s Professional Motion Imaging business, drawing together the Cinema EOS, professional DV and broadcast lens businesses into a single team. He was involved in the 2012 launch of Cinema EOS in Australia.